Renault technical chief Marcin Budkowski believes the controversy over him joining the Formula 1 outfit from the FIA last year was blown out of proportion by rival teams.

Budkowski’s signing last October caused an uproar among Renault’s rivals, who were concerned that the former FIA F1 technical chief would be able to take secrets with him to his new employers.

But following a six-month period of gardening leave before he could start work at Enstone, having been restricted to Renault’s Viry factory at first, Budkowski thinks that much of the knowledge he gained at the FIA was of no value anyway to current F1 car performance.

“I think it was way overblown,” said Budkowski, when asked by Motorsport.com about the controversy his move created.

“Yes, I can understand the [team] concerns, but I think, to be honest, there are two things: one is that it was a quiet time in F1. There was not much happening, so I think it took proportions that were a little bit too big for what it really was.

"And then it was a little bit instrumental in some of the teams, who added a bit of controversy to it.”

While Budkowski’s previous work at the FIA had given him privileged access to team factories and understanding their developments, he thinks the pace of progress is so fast in F1 that the value of what he learned faded quickly.

“I had three months' notice, and we respected that even further, because we took [an extra] three months in Viry, which were removed from any activity.

“Whether it is enough or not is not for me to say, but I didn’t have any conscience issues about that.

“It is moving so quickly in F1, that stuff gets obsolete so quickly and to be honest, the controversial stuff from last year? Most of it got banned anyway. All of the exotic suspension systems etc., they was all banned.

“So this stuff that I potentially had access to that might have been controversial, actually it doesn’t exist on cars any more this year.” 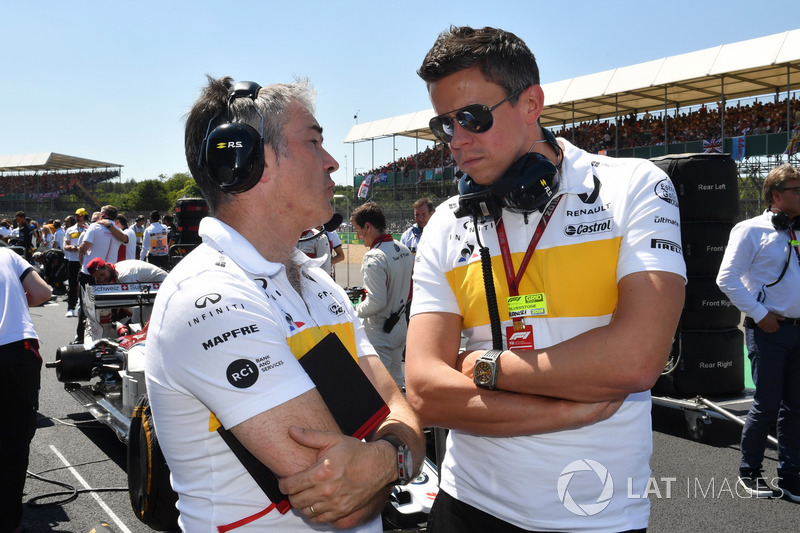 Final US GP practice as it happened