Renault will introduce a new floor as well as other aerodynamic parts for next weekend's Belgian Grand Prix in its bid to maintain its place at the head of Formula 1's midfield battle. 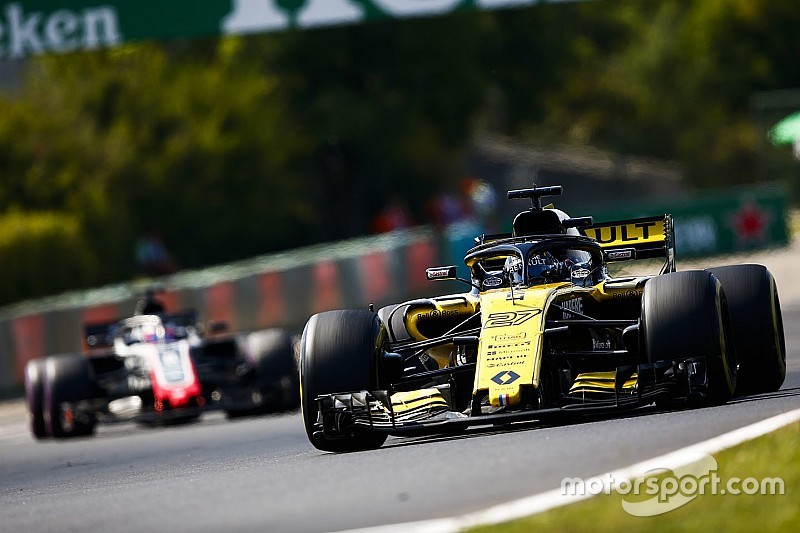 With F1's fight behind the top three teams so close at the moment, the French car manufacturer is aware it cannot afford to ease off if it isn't to risk falling behind.

For the upcoming race at Spa, the team will bring fresh developments that it hopes will boost its speed.

Technical director Nick Chester said: "We have a new floor for Spa and some other bodywork parts to go with that, which should be helpful.

"We're in a super tight battle in the midfield. We have to put more performance on the car to have a good fight until the end of the year, but our target is to retain fourth place.

"We're being pushed quite hard and we have a lot of work to do. We can do it, we have a 16-point gap, but one good race can wipe that out, as we saw in Austria."

Chester believes that the best way to ensure it stays ahead of the opposition in the points table is to bring pure "raw" pace to the car, rather than rely on fightbacks on race day or misfortunes for other teams.

"The goal is to outqualify our rivals as that makes things easier, but if we don't, and if we're close, we tend to race well," he said.

"The objective is to find raw car pace but, as long as we're close, we're confident we can out-race our rivals."

As well as the new floor for this weekend, Renault F1 managing director Cyril Abiteboul says that the team will evaluate new 'concepts' for 2019 later in the year too.

"Most of our resources are now focused in preparing for 2019, which is another important step in the team's progress," he said. "Before that, we have to keep bringing developments to this year's package to find gains wherever possible.

"We are pushing on with aero developments, and will bring some concepts at upcoming races onto the R.S.18 that are ultimately destined for next year's car.

"We've been offensive and decisive in the driver market and now we have to do the same on both chassis and engine development."