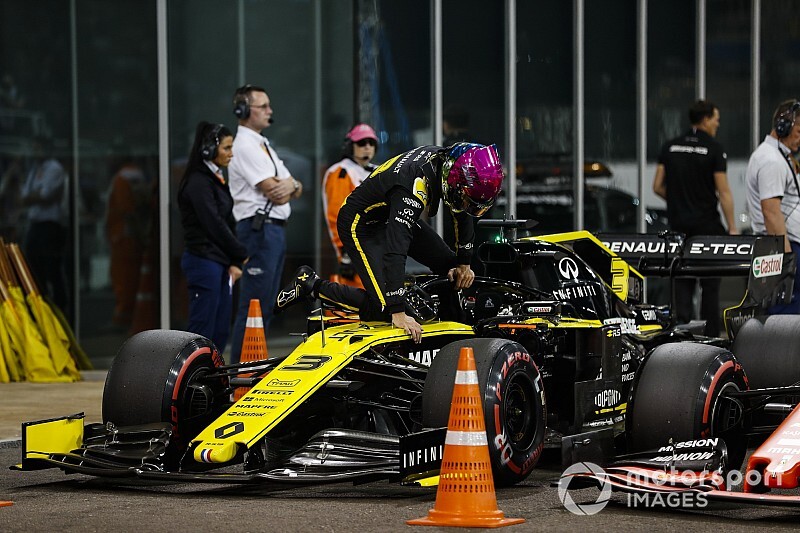 The top three teams have had such a pace advantage this year that their drivers routinely qualified on medium tyres, often leaving just the four drivers starting in sixth to 10th places on softs, while while those behind with a free choice almost always went for mediums or hards.

In Abu Dhabi last weekend, Renault drivers Daniel Ricciardo and Nico Hulkenberg qualified eighth and 10th, but ultimately both slipped out of the points as Sergio Perez and Daniil Kvyat worked their way up the order with a more optimum strategy.

The Enstone-based team did at least secure fifth in the World Championship, which was under threat from Scuderia Toro Rosso.

A plan to drop the Q2 tyre rule was discussed by the F1 Strategy Group this year. However, because the April 30th deadline for 2020 sporting regulation changes had passed, unanimity was required, and in the end the top teams and some of their satellites voted against any change. The rule also remains in place for 2021, even though unanimity is not needed at this stage.

“Again we saw a demonstration of that silly regulation of having to start on the soft tyres, which gives such an advantage to the guys behind," Abiteboul told Motorsport.com.

“It was agreed in the Strategy Group, everyone agreed [to bin it]. Then when it comes to a vote, all the arrangements seemed to come back, and frankly I’m exasperated by that.

“There was a lobby from the top teams and their junior teams to stop a change, because it’s a regulation that was engineered by the top teams to protect them. I don’t think they need it, but it’s an extra protection.

“It’s also something that’s helping teams that are customers or are affiliated to the top teams, and the ones that are squeezed are what I call the 'middle class', it’s us and McLaren in most cases.

"It’s a stupid regulation, it needs to go away. No one is doing anything about it, and frankly I am exasperated to see it happening again.”

Hamilton: 2019 went from "heap" of car to best ever season