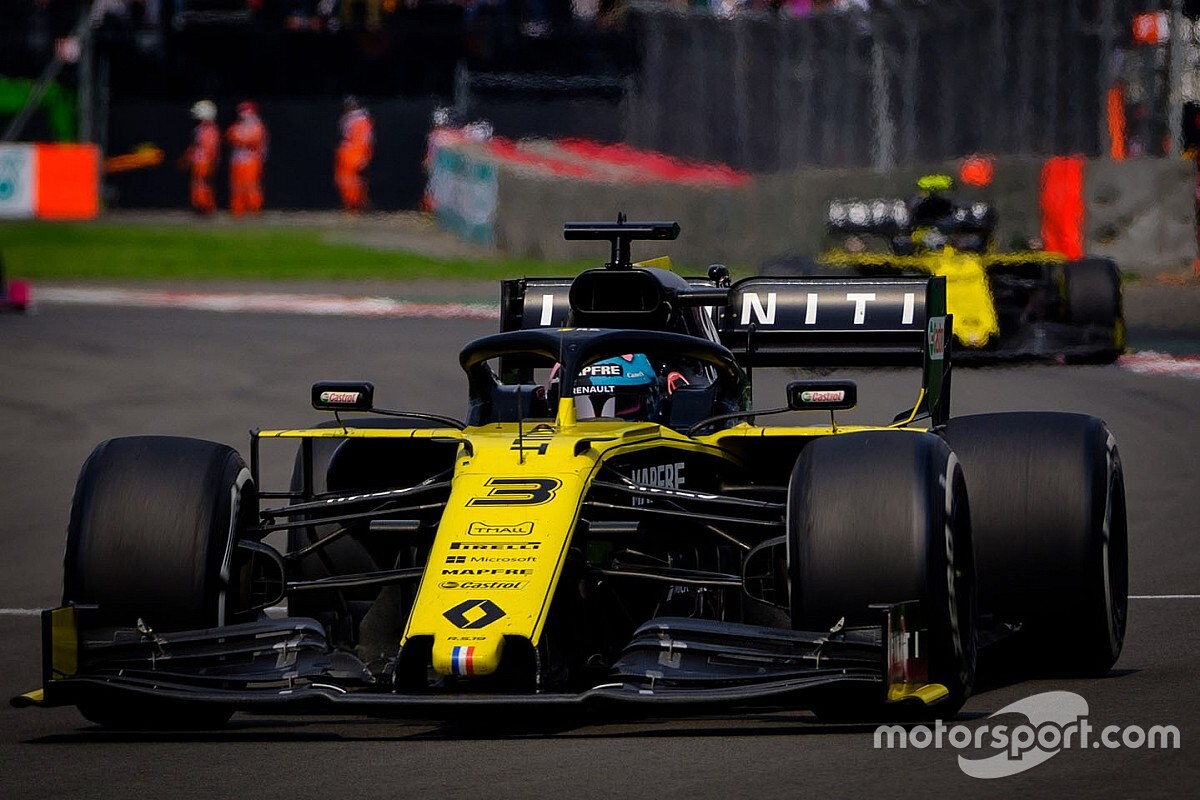 Renault boss Cyril Abiteboul says Daniel Ricciardo's arrival at the team last year left it feeling "naked" with nowhere to hide, but being so exposed was a help in highlighting its weaknesses.

The French car manufacturer endured a rollercoaster 2019 campaign where the hype surrounding Ricciardo's arrival was tempered by reliability dramas, upgrade problems and a high-profile disqualification from the Japanese Grand Prix.

But while the team may have preferred a much easier time, Abiteboul says the increased focus on the outfit thanks to Ricciardo's presence was ultimately a good thing.

"For me, 2019 was a year where we became naked with nothing to hide," he said in an exclusive interview with Motorsport.com.

"With great drivers and a much better engine, there was nowhere to hide. But you know, that's F1.

"You can't hide in F1. And because we were not hiding, we've been able to again to see what action we have to take."

Abiteboul says that the difficulties the team faced over the course of the campaign helped prompt a deep analysis about why things were not working, and highlighted problem areas that had been overlooked before.

"I think the problems that we saw were already there from the previous year," he said. "I think the only thing is that they were they were maybe not so visible because [2018] was a progression from the year before.

"We had gone from P9 to P6 to P4 and I think it was a bit flattering. I think we needed a year like this one to see the leftover weaknesses of the team, because some of them actually have been here since the Lotus days and have not been dealt with with enough care and attention.

"That's why it makes me say that it was not a year to write off. I think that we would never be able to go further [forward] if we are not had the difficulty, and also the reactions that come with it."

Asked if he thought Ricciardo's arrival brought with it too much expectation, Abiteboul said: "I think my answer would be different today from maybe what it was a few weeks or a few months ago.

"And we've been through that also because of the pressures that's been inflicted on ourselves. I think it's actually been a good thing to expose ourselves you know."

Norris has "strong list" of things to improve in 2020