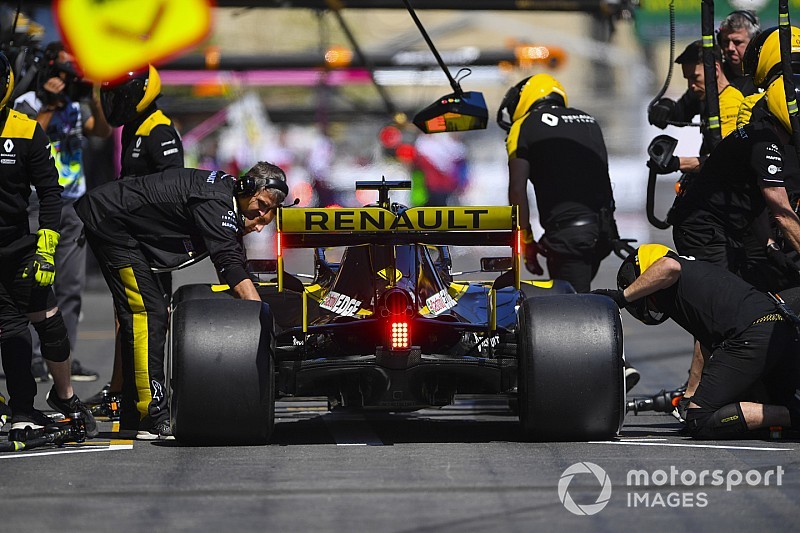 Renault has announced several changes to its senior Formula 1 structure on both the engine and chassis side, which includes the addition of an ex-Ferrari and Mercedes specialist.

Christophe Mary, who held a senior role in Ferrari's F1 engine project between 1994 and 2007 and then spent another four years in a similar capacity at Mercedes, will join the staff at Viry from August 1.

He has most recently worked as part of the French Groupe PSA conglomerate, leading the development of the Peugeot 208 Hybrid FE concept car before taking on the role of the Chief Systems and Powertrain Engineer in the manufacturer's motorsport arm.

Mary will be appointed as the Director of Engineering and will report to Renault's engine chief Remi Taffin.

Long-time Renault staffer Stephane Rodriguez is another appointment to a new role, and will likewise report to Taffin in his new position as Project and Purchasing Director within the tech department at Viry.

Renault has also announced a new role for ex-Mercedes man Matthew Harman, who joined the crew at Enstone last year after over 17 years with the Gemran manufacturer.

Mary, Rodriguez and Harman will all sit on the management board of the Renault F1 outfit.

Renault claims the new appointments will allow Taffin and Chester “to increase their focus on the performance of the chassis and engine while overseeing the entire technical program with internal and external stakeholders”.

Renault has admitted in the lead-up to the Spanish Grand Prix that it's had a "tough start" to the F1 season, with reliability issues and a sudden loss of form last time out in Baku currently leave it seventh in the constructors' standings.

Its only engine customer McLaren has prospered in the meantime, and currently resides as best of the rest behind F1's leading outfits Mercedes, Ferrari and Red Bull.