The FIA Formula One World Championship moves from Monaco, the circuit with the slowest average speed on the calendar, to the Circuit Gilles-Villeneuve, Canada, and the fastest lap of the year. The 4.361km track follows the outline of the island on which it is located and is dominated by straights linked by hairpins or tight turns. A lap of the track takes on average just over 75 seconds, the quickest single lap time of the season. 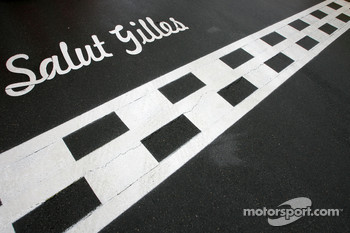 Renault engines have won the Canadian Grand Prix on four previous occasions; three times with the V10 and once with the V8. Thierry Boutsen scored the first win in 1989 with Williams-Renault, with Alain Prost victorious, again in a Williams-Renault, in 1993 and Damon Hill in 1996. Fernando Alonso sealed the first V8 win in 2006 for the Renault F1 Team. Additionally Renault has achieved six pole positions, the first coming with the V6 in 1985 with Elio de Angelis.

A lap of Canada from an engine point of view:

The long straights of the Circuit Gilles-Villeneuve demand an efficient low downforce aero package and a strong engine that’s high on top end horsepower while the slow hairpins and tight corners require stability under braking and good traction throughout the turns. Approximately 55% of the lap is spent at full power.

Sector one starts on the short pit straight. During the race this will be the first of the two DRS activation zones and speeds will peak at around 300kph at the end of the straight before shifting to third gear and taking the first corner, a left hander, at approx 120kph. T1 is the start of a spoon-profiled corner that demands a smooth engine setting that must be maintained throughout the turn. Engine revs will be at approx 11,000rpm for five seconds through this turn, the longest consistently low rev setting of the lap, before a short sprint to turn three; a relatively open chicane taken in third gear. Drivers pass into the second sector just before turn six, a 90° left hander. 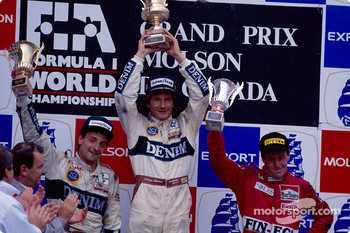 Sector two takes in the relatively stop start ‘complex’ of the left hander of turn six and flick to turn seven and then a short straight leading to turns eight and nine, a right handed chicane that requires drivers to lift off the throttle and shift down to second before getting immediately back on the power for the straight leading to the hairpin. As such, the engine needs to be extremely responsive under braking on the apexes and then acceleration on the exits – this is the longest sector in time and therefore more time can be lost or won.

The final sector starts just before turn 10 and the Epingle, or hairpin. Cars brake down to 58kph for this turn before starting on the Droit du Casino straight. Engine maps will be created to give drivers good traction and responsiveness on the entry to the hairpin, but also good acceleration away from it since this is the longest straight on the circuit at 1,064m, and the second DRS activation zone. Drivers will accelerate through the gears to reach around 320kph in qualifying and 305kph during the race just before the braking for turn 13, another chicane that has the ignominious moniker ‘Wall of Champions’ on account of the proximity of the wall on the exit. Stability under braking going into this chicane is key and drivers will use engine braking as well as literal braking. A responsive engine on exit can give crucial tenths.

Canada presents a unique challenge for engine engineers. There are other very low downforce circuits on the calendar – Spa and Monza being the most obvious – but the combination of long straights and tight corners gives the engine a complete workout over all levels of torque.

You need to have an engine that’s good under acceleration and top end power, but also works well through the lower end of the revs to give driveability out of the hairpin corners. We’re confident that the RS27 delivers – in Monaco, the hardest test of driveability, the Renault-engined drivers set consistent top ten lap times in the race, while in China, the longest straight of the year, Petrov and Heidfeld were fastest through the speed traps.

Although we are really happy with how the season has gone so far - Renault engines have so far scored 272 points over our partner teams – we’re not sitting back. We saw in Monaco that the racing is closer than ever and teams are pushing in every area. That’s why we’re working just as hard to give all our clients what they need as they develop their cars in this crucial part of the year.

After each session over a race weekend the RS27 is checked by three technicians per partner team, while three engineers work on the settings. In consultation with the chassis technicians, the RSF1 team will check the oil filter, air filter, spark plugs and lubricants level. If necessary each of these parts can be changed under the FIA sporting regulations. Engine maps can be refined until the race.