Mercedes boss Toto Wolff has revealed his team only volunteered to carry out 18-inch tyre testing this year after "strike breaker" Renault agreed to take part. 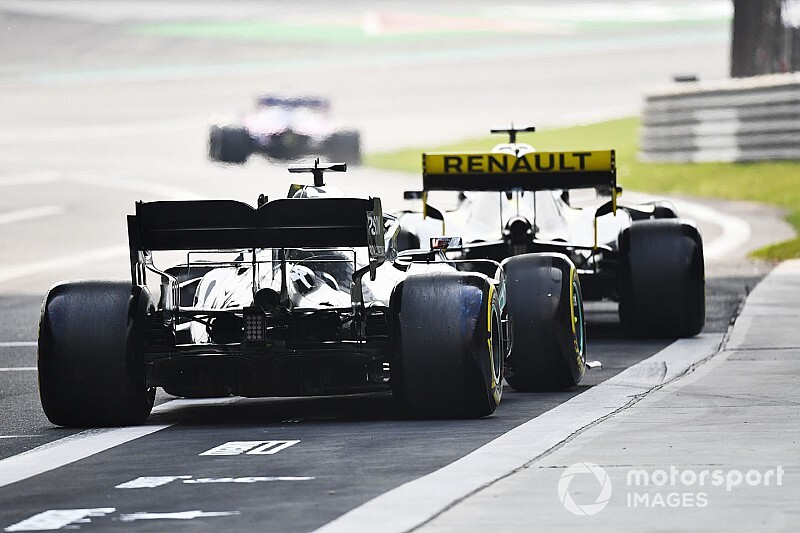 All 10 teams were offered the chance to create a mule car for initial track testing of the new 18-inch tyres by converting a 2018 chassis.

Most were reluctant to commit resources to such a project within 2019, and consideration was given to postponing any testing until 2020.

However, once Renault agreed to Pirelli's request to build a car for this season, Mercedes felt it had no choice but to participate, along with McLaren.

Ferrari has opted out, citing a lack of resources and time, while Red Bull Racing does not have a 2018 car available, due to its change of engine supplier.

"It was a very difficult decision," Wolff said when asked by Motorsport.com. "Because on the one hand you need to understand that Pirelli needs the testing, on the other hand it wasn't resource that was planned to spend in 2019.

"So we were hoping that all tyre tests for 18-inch rims would be delayed to 2020, and we made it clear that if all teams agreed to postpone it, that would be the best outcome, but if a one single one would jump on it, we would also. Renault was the strike-breaker, and then it was McLaren and us."

Renault F1 boss Cyril Abiteboul made it clear that gaining any knowledge it can about tyres is a priority for the French manufacturer.

"It was a proposal offered by Pirelli to all teams," Abiteboul told Motorsport.com. "It was also a request from Pirelli, and I think we have a duty to make sure Pirelli has the capacity to do a good job.

"When we look at the importance of tyre understanding, frankly we are behind. Most of the difficulties that we've had from the start of the season are due to the change of construction that we have underestimated.

"It's another demonstration that we need to improve that massively. How can I say that and not accept what we've been offered to do for 2021? It's very straightforward."