Renault is to bring a "substantial" revamp of its car for the French Grand Prix after managing to clear a backlog of new parts that had stalled its early season development. 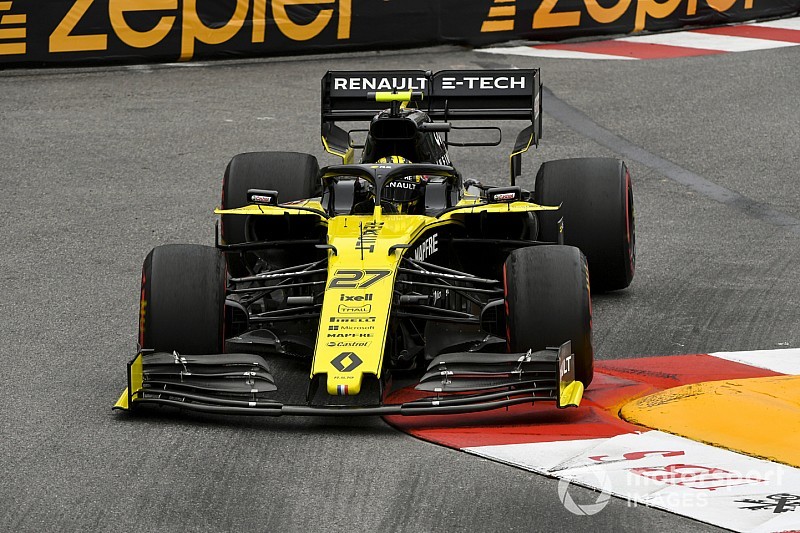 With the French car manufacturer having already been distracted by engine reliability issues caused by a conrod failure, its progress had been further hampered by it not managing to get upgrades moving swiftly enough from the design office onto the car.

Recent changes to its infrastructure have now helped it speed matters up, and Renault F1 managing director Cyril Abiteboul says that parts that should have been on the car a few races ago are now being readied for next month's French Grand Prix.

"I think it's fair to say that we are behind," said Abiteboul ahead of the Monaco GP. "We've been behind all winter, mainly in terms of timing.

"We've been playing catch-up for a lot of reasons and we've not been good at sticking to milestones, at being efficient at getting from aerodynamics into design office into production. Production is still saturated with a number of designs that should have been released weeks ago."

The release of parts has now begun though, with some having been tested at Barcelona last week.

Abiteboul says next month's race at Paul Ricard has been singled out as the event where he wants the team's engine and car to unleash its full potential and help it pull clear of the midfield pack.

"We are committed by Paul Ricard to have all the problems and all the delays that have been hurting us at the start of the season sorted out," he explained.

"So what that means is the engine will be back at full power and even a bit more, and that should be available at Paul Ricard.

"We will also have a number of upgrades, quite substantial on the aerodynamic side. And last but not least, we will have a number of performance projects that have not been delivered on time, because of all the delays in the rest of the organisation, that will be delivered for Paul Ricard at the latest.

"That is our collective response to the situation, which is not acceptable, to come up with sufficient laptime improvement to put us clear of the midfield, which was our target for the season."