Renault has made "substantial" step with 2019 F1 engine 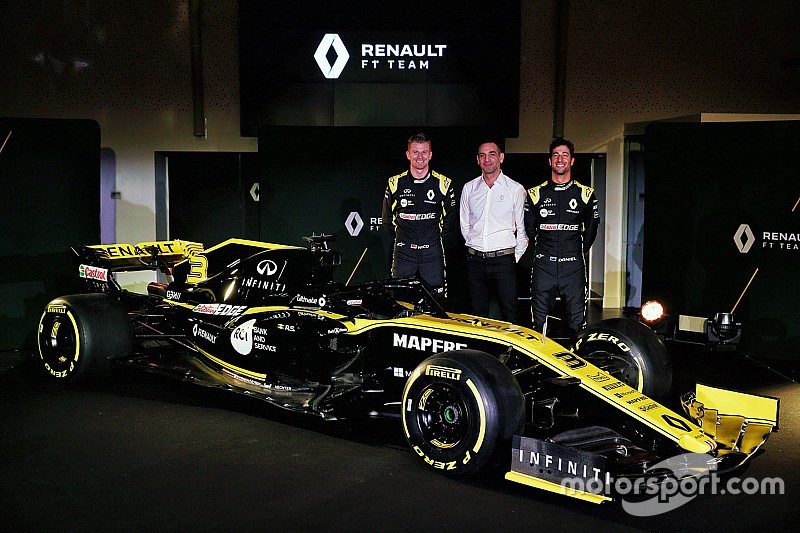 Renault has revealed it has made a 'substantial' step forward with its 2019 Formula 1 engine as it bids to close the gap to the top three teams.

With its new RS19 having been revealed at its Enstone factory on Tuesday, Renault F1 managing director Cyril Abiteboul said he was particularly bullish about the progress made on the engine front.

"No figure - but it is substantial," he said, when asked by Motorsport.com about the scale of the power step made. "The furthest I will go is that it is the biggest we have ever done since the V6 introduction."

Abiteboul said that Renault engineers had built on the lessons of the C-spec that was raced by Red Bull last year, but the 2019 version was a new design.

"It is very much new, and it is just pushing further the concept that we introduced and tested successfully with Red Bull – the famous C-spec that we elected not to run," he said.

"But it is okay, because we had enough information and enough feedback by getting it on the Red Bull. It has really been pushed much further with this year's engine."

With Renault having finished in the top four of the constructors' championship last year, it knows it faces a big task to try to break in to the top three in 2019.

Abiteboul says that laying out a specific target is too difficult but in general terms he thinks the most important thing is to close the gap to the top three this year.

He then thinks that would put it on course to deliver its long-term ambitions of fighting for podiums in 2020 and wins the following year.

Asked about targets, he said: "To a certain degree I don't like what I am going to answer but I'd like to say that the most important thing is that we don't stop, we don't break the momentum that has started.

"For three years it is clear that we have a nice and steady progression, which is good both at the track and at the factory. I don't want to say anything that would be killing that."

He added: "In order for the progression to keep on continuing to be here, we need a number of success stories.

"But I think it is important to have some glimpses or demonstrations that our ambitions are correct. I would like and I believe that in particular this can come from the engine side, where we have had in particular a very, very strong winter. So that will be typically a good season.

"On the chassis side, the Enstone side, we have the structure but it is going to take a bit of time before the structure can turn into a race winning car."