Renault too fast "for comfort" at Spa, says Sainz 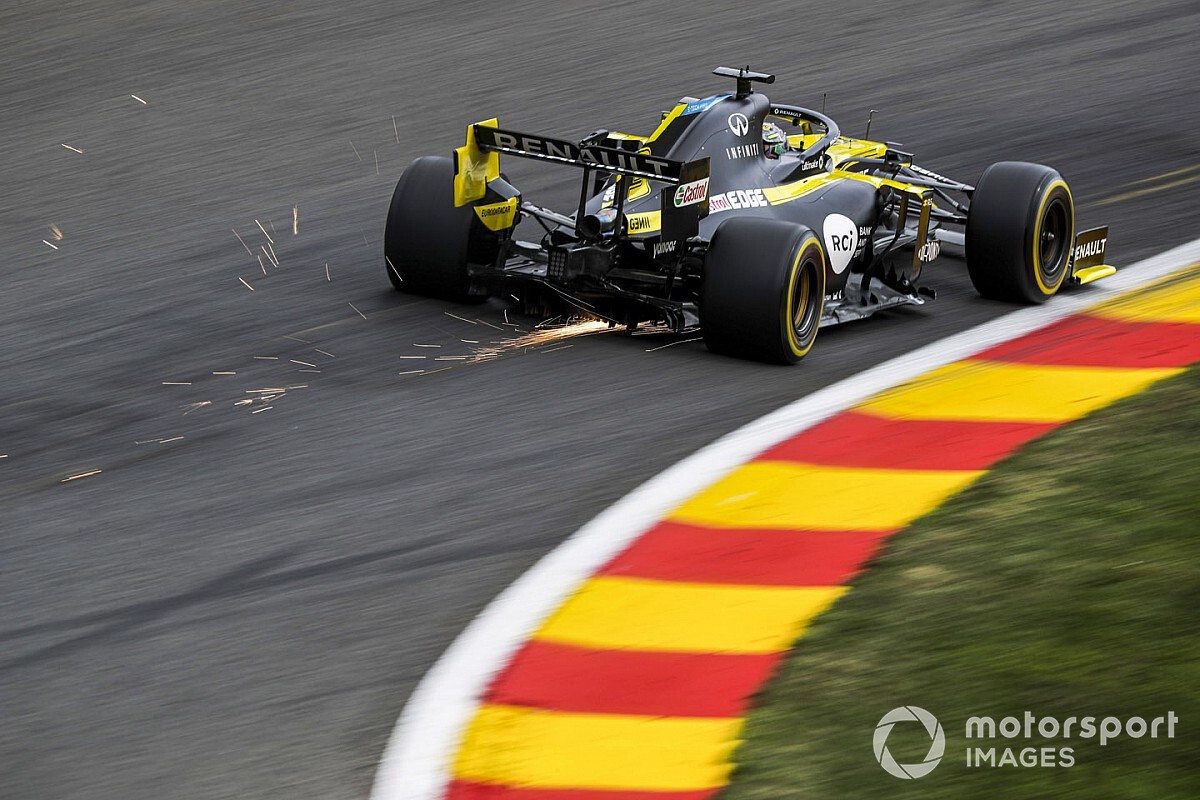 With Ricciardo having set the second fastest time in the second free practice session, Sainz believes that the Spa-Francorchamps circuit appears better suited to Renault than his own McLaren team.

"It's a very different track and the car is behaving differently in a much lower downforce configuration," said Sainz, who ended the afternoon session in ninth spot.

"You can see some things changing around: Renault look super quick and we look decent.

"Honestly, we are happy with our performance today. But yes, that Racing Point and that Renault look a bit too quick for comfort at the moment."

Although Renault had a difficult time at the last race in Spain, Sainz thinks that the French car manufacturer's historical strength at low downforce circuits explains why it has leaped forward.

"I'm not surprised at all, because last year here and in Monza, they were very quick," he said.

"So in low-downforce configuration, their car seems to work really, really well. So it's something we knew coming into here, that they could be a very strong rival.

"So we just need to keep focusing on ourselves, keep finding out why our car is decent in low downforce, but it's not as strong as it should be. All things included, we were in the top 10 in both sessions, so we cannot complain too much."

Teammate Lando Norris thinks that Renault is also being helped by its car being better than the McLaren in low-speed corners, which make up some important sections at Spa.

"I think they are very good in the slow speed corners as usual," said the Briton. "And that's where we struggle a lot, especially with the lower downforce we have now.

"I wouldn't say it's a surprise. He's [Ricciardo] always quick in FP2, it's normally when he does his really quick laps. I think we just have a bit of work to do.

"But I did some mistakes which could have put me much closer. So I think it is possible to do what he did, but the Renault is still very quick."

Leclerc surprised Ferrari is so far off the F1 pace

Brawn: Not using outer Bahrain layout would have been wrong