Renault "made an error" with engine balance in Mexico 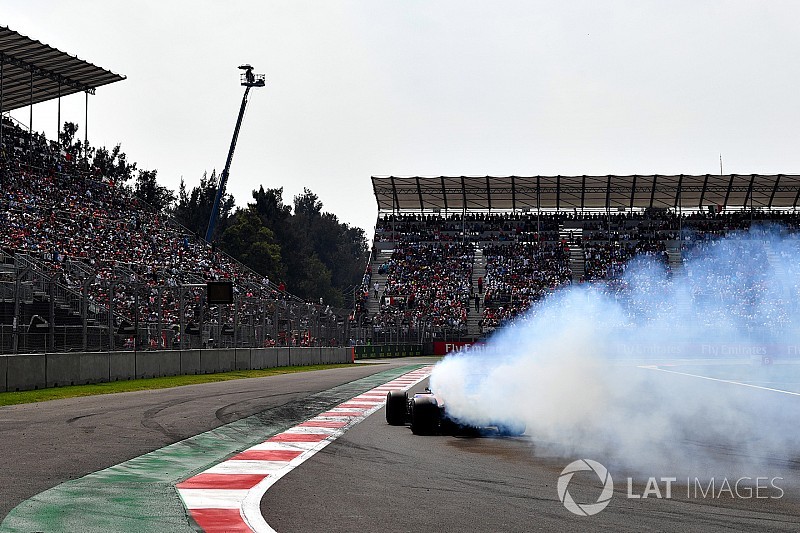 Renault admits it was too aggressive in its approach to balancing Formula 1 engine performance with reliability in the Mexican Grand Prix after a string of failures.

It came after Hartley and teammate Pierre Gasly suffered engine problems earlier in the weekend.

Renault managing director Cyril Abiteboul admitted the manufacturer simply did not prepare adequately enough for the effect of the high altitude in Mexico on the engine.

"We've made an error in the judgement in our preparation in the way we have been trying to balance performance versus reliability," Abiteboul told Motorsport.com.

"It's clear when you look at the pace of the car around the weekend, lots of teams have come here taking the right approach when it comes to dealing with engine parameters and chassis parameters.

"We're extremely competitive. The flip side is that we weren't capable of being at the right level of reliability for that level of performance.

"At the same time, it's a judgement that has allowed a car powered by Renault to be on the top step of the podium.

"It's the climatic conditions but we knew that. We have been racing for two years here. We know what to expect. There is no excuse.

"We [need to] maybe take a bit more of a humble stance and accept the fact that the engine needs to be managed.

"We have to understand what went wrong in the preparation for this weekend."

Abiteboul pointed to the way newly-crowned world champion Lewis Hamilton struggled to fight back through the field, having dropped to last after contact with F1 title rival Sebastian Vettel at the start, as evidence Mercedes had taken the appropriate precautions.

"If you look at Mercedes, we have seen the way Hamilton was able to recover in the race is completely different to other races," he said.

"He was struggling to keep up with Fernando [Alonso], could not overtake [Kevin] Magnussen or [Carlos] Sainz.

"So that does say a lot about the way Mercedes has been approaching this weekend, which should be an example for the following years."

Red Bull boss Christian Horner said the race was "pretty nerve wracking" for Red Bull as it sought to do everything in its power to protect Verstappen's engine.

"All we could do was manage temperatures on Max's car and keep them as cool as possible," he said.

"So we turned the fuel flow right down, we built in so much margin that the temperatures were running as low as they were in Japan, for example.

"He did a very, very good job of keeping everything very much under control."