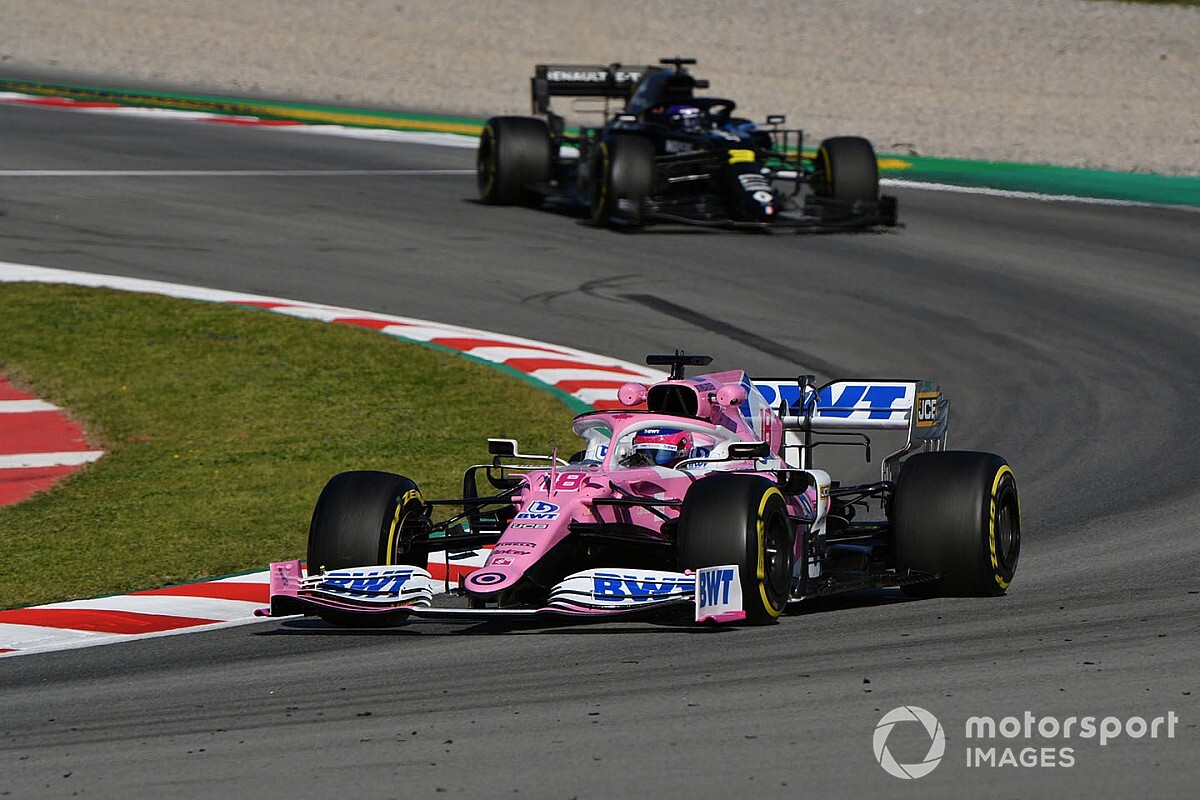 Renault F1 boss Cyril Abiteboul says his team is still uneasy about Racing Point's 'Pink Mercedes', with a formal challenge on its legality still not out of the question.

Racing Point caused a stir in pre-season testing when it revealed an RP20 design that was based on last year's title-winning Mercedes W10.

While the Silverstone-based outfit was adamant that it had done nothing outside of the regulations, some rivals were not happy about such a 'clone' being allowed.

There were also concerns raised about the ever closer alliances being made between some teams, and how that could hurt those outfits that wanted to remain independent.

Speculation in the build-up to the season opening Australian Grand Prix suggested that Renault was considering lodging an official protest over the matter to get a definitive ruling on what teams were and were not allowed to copy.

However, the last-minute cancellation of the Melbourne event meant things never got that far, so any further attempt to take action must now wait until the F1 season resumes.

But despite the matter being put on hold for several months, Abiteboul has told French television that the matter is still a concern – as he likened what Racing Point had done to an artist copying another's painting to sell it on.

"They've got great photographers, that's for sure," he told Canal+. "But to be fair, I have noticed how they have quite honestly said they copied.

"I think it's the first time since I joined Formula 1 that someone has been really proud of copying. It's like someone who forges artworks being super happy with the work he's done.

Abiteboul said the key issue for him was judging whether Racing Point had been able to achieve the level of detail with its car based purely on information available in the public domain.

"The main thing to find out is: based on public information, is it possible to do such an accurate and efficient job?" he said. "I won't go any further at this stage, but it is still something we're wondering about."