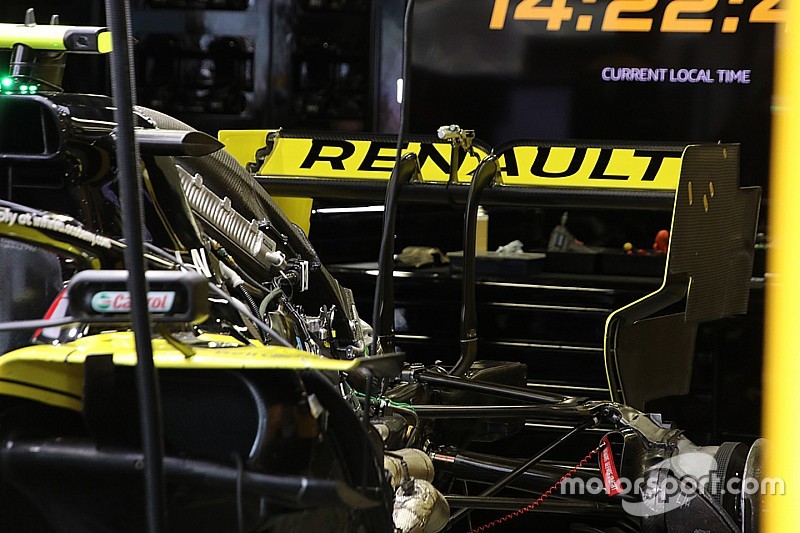 Renault is to introduce an upgraded engine for this weekend's Spanish Grand Prix in a bid to boost both performance and reliability.

Although the new internal combustion engine is not being tagged as an official 'Spec 2', it is understood the changes to it have been deemed promising enough for it to elect to race it now.

In particular, the updates should allow it to run its power unit in a more powerful configuration for more of a grand prix weekend – which should help deliver a good step forward in form.

The decision to introduce the power unit now, rather than wait until the initial plan of a change before the summer break, means it it is almost inevitable that Renault will need to exceed its quote of three engines for the year.

The Renault works cars of Nico Hulkenberg and Daniel Ricciardo will definitely run the engines in Barcelona, while a decision on whether customer team McLaren will also use them is set to be made later.

The engine changes come ahead of weekend where Renault seeks to "reset" its campaign after a difficult first four races.

Renault F1 managing director Cyril Abiteboul said: "Overall, it's been a tough start to the year and the Azerbaijan Grand Prix capped off a run of results that fell short of our expectations.

"We know we are capable of much more and we need to target clean weekends and races to make the most of our potential.

"To do so, we have work to do on all sides of our operation; chassis and engine on and off track, and work with the drivers to allow them to reach their respective capacities. We are motivated as ever to strive for more and we aim for a full recovery in competitiveness in Spain.

"We know that the midfield is tight, but this also creates opportunities. We've seen that fortunes can change in an instant so we go to Barcelona hungry to get our season campaign going."