McLaren has openly talked about there being some 'innovation' on its 2016 Formula 1 car when the first images of the Honda-powered machine emerged on Sunday.

And while there were already hints from the launch pictures about an aggressive suspension solution, it was only when the new car hit the track at Barcelona on Monday that such concepts have been confirmed.

As Giorgio Piola's exclusive photograph below shows, McLaren has been very bold with its front suspension design - with the upper rear arm much lower than is normal. 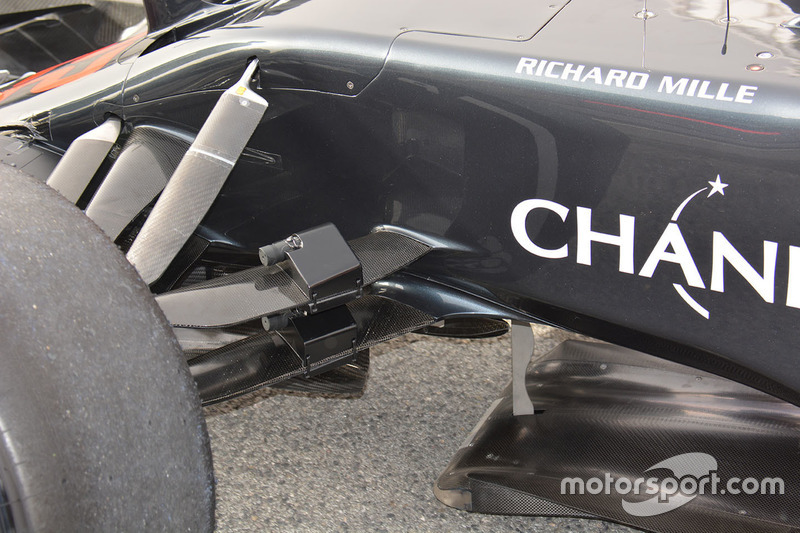 It was interesting too that the team had fitted additional sensors on both of the rear arms of the wishbones to help monitor data from this area during the first day of testing.

Rather than an assimilation of the conjoined lower wishbone (see below), pioneered by Mercedes in 2014 and adopted elsewhere, we can see that McLaren is thinking independently. 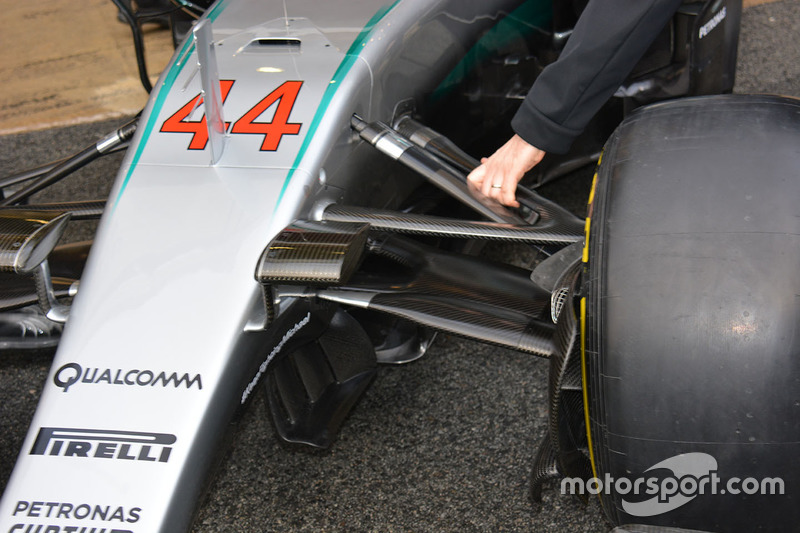 The front suspension can have a marked effect on how the airflow moves down and around the rest of the car and so the teams have to carefully plan its layout, as it is exceptionally difficult to change once designed.

McLaren is clearly searching for previously untapped aerodynamic performance, with the rear profile of each of the wishbone arms placed virtually on top of one another.

The upper of the two is slung lower than usual, meaning it should work in unison to pull the airflow down and around the sidepod, rather into or over it.

These early tests, with the sensors placed on the wishbones, are used to correlate the on track data with what the team expected when the car was tested both kinematically and aerodynamically in CFD, the wind tunnel and on the seven-post shaker rig.

The pitlane launch of the 2016 Red Bull challenger, amongst a frenzy of other machines, means a more detailed analysis of it will follow later.

However, one area of interest, like the McLaren, is the front suspension. It has converged on the idea of conjoining the lower wishbone element but, as is usual for Red Bull, it has taken it to extremes, with only a small opening now available at the inboard sections.

Of course this is done for its aerodynamic purposes with the large surface area allowing a smoother transition of the airflow. 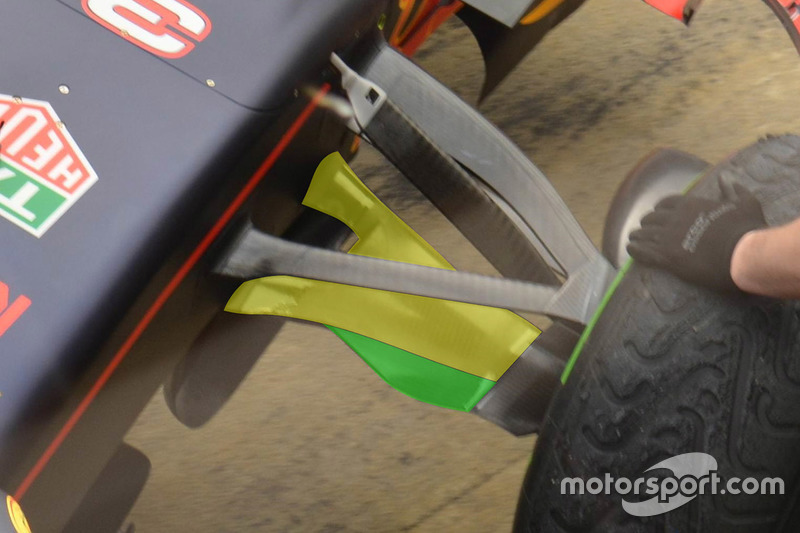 Whilst the wishbone wedge is already fairly substantial (highlighted in yellow) it has also continued to utilise a rearward extension (highlighted in green), as was in use on the RB11.

This will further shape the airflow, improving performance downstream.

Red Bull isn't the only team to have converged on the use of the conjoined wishbone solution, with the sister team Toro Rosso and Haas implementing it too.

Meanwhile, Mercedes, Ferrari and Force India who've all used the solution during 2015 have refined their concepts further. 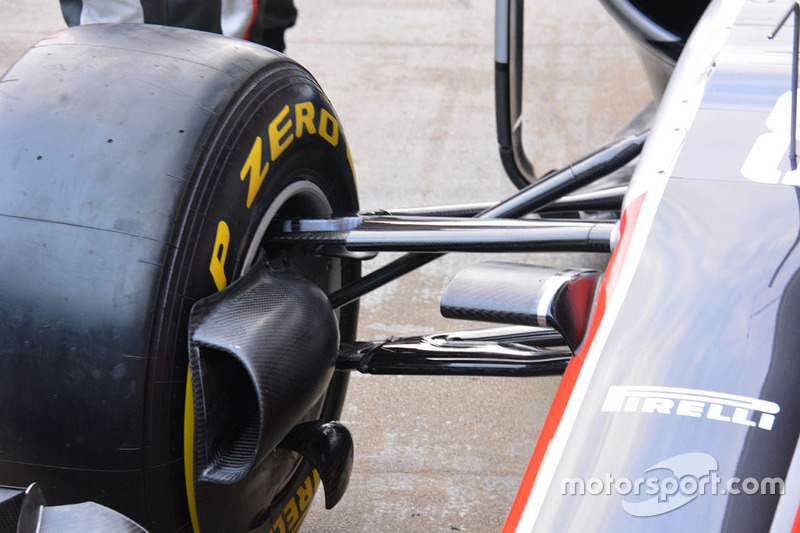 F1: Turkish GP under threat due to UK red-list