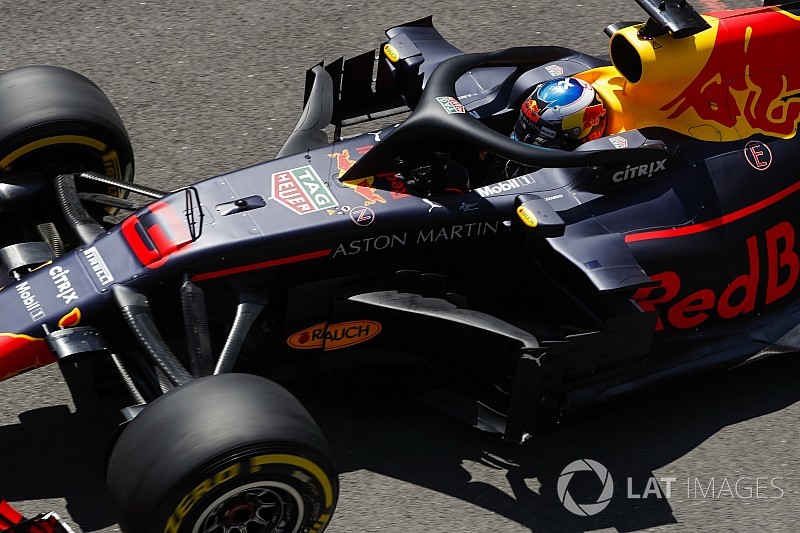 Daniel Riccardo says being unlucky "sucks" and "sounds shit" after concluding a difficult Formula 1 triple-header with a British Grand Prix that left him eager for a break.

Ricciardo picked up front wing damage in France two weeks ago, which was followed up by a mechanical failure in Austria and fifth in Britain after a poorly-timed safety car.

Though Red Bull was no match for Mercedes or Ferrari at Silverstone Ricciardo was running third before making a second pitstop for fresh tyres, which gave track position to Ferrari's Kimi Raikkonen and Mercedes' Lewis Hamilton moments before the safety car emerged.

He could not make it past a fading Valtteri Bottas late on and admitted "we didn't have the legs" to challenge.

"I could get close, I could get within a distance, but I couldn't get any closer, and just started to kill my tyres getting close to him," Ricciardo told Sky Sports F1 after the race.

"The grip we had to catch him then didn't stay once we were closer to him. It was a bit tricky to follow, and if we don't get the exit off the corner, they've got quite a few ponies.

"I'm actually looking forward to a week off now. The triple header, every race we had something not going our way.

"We pitted pretty last minute and then the safety car came out, so we lost positions there.

"We were just a bit unlucky. Unlucky sucks, though. It sounds shit, so whatever."

Ricciardo at least finished the grand prix, which meant he ended a three-race run of being outqualified and outraced by teammate Max Verstappen.

But the 29-year-old has still not stood on the podium since his win in Monaco.

He ended that weekend third in the championship, 38 points from the top, but has dropped a place and is now 65 points behind Sebastian Vettel.

"Since Monaco we haven't really had things go our way," Ricciardo said. "I'll still take a Monaco win, but I don't want that to be the last hurrah.

"We've had bits and pieces not go our way for the last three, so we'll just try and turn it around in Hockenheim and Budapest.

"But I'm looking forward to a week away from race cars."

Verstappen's race ended late on after suffering a brake-by-wire failure while running ahead of Ricciardo that led to a gearbox problem.

It was an abrupt to a run of three podium finishes that peaked with victory in Austria.

He told Sky: "It's not a nice way to finish it, but luckily last week was good and the other two before were also positive.

"It's racing sometimes. I've had it many times before, and it will also happen in the future.

"Of course I wish to finish fifth here at least to collect some points because now we have nothing."