Daniel Ricciardo says the highlight of his Formula 1 season was one "no one would expect" – a "scary" run to 14th in the Belgian Grand Prix. 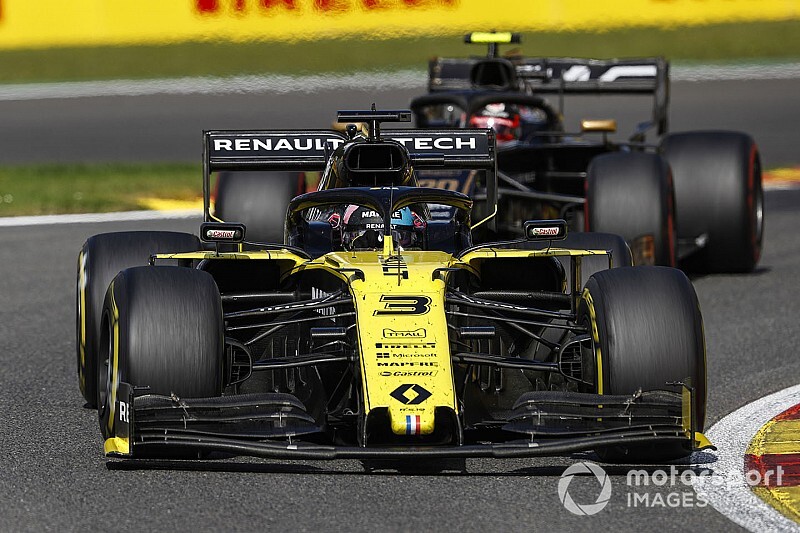 The multiple grand prix winner joined Renault for the 2019 campaign but the French works team dropped back from its fourth place finish in the constructors' championship and endured a mixed season.

Ricciardo secured a best result of fourth, in Italy, on his way to ninth in the championship but said his peak race performance produced one of his worst results.

"I won't say the obvious ones, because the results say at Monza, Canada," said Ricciardo. "Everyone will look at me like 'Spa, what happened? You were nowhere!'.

"But it was a race where, probably the circumstances of that day as well [Anthoine Hubert's fatal Formula 2 crash the previous day] and I got hit in Turn 1 and we had a lot of floor damage.

"To be honest, the car was quite scary to drive after that. We had a lot less downforce. I was probably flat through Eau Rouge less than half a dozen times the whole race.

"So that gives you probably an idea of how scary it was through there."

Ricciardo had qualified best-of-the-rest for the Belgian GP but dropped five places for a new Renault engine.

He was delayed in a first-lap clash with Lance Stroll's Racing Point and after an early stop he ran to the end, only falling from seventh to 14th in the closing stages.

Motorsport.com's driver ratings verdict on Ricciardo's performance was: "Made a great fist of trying to salvage something in difficult circumstances and while losing seven places late-on sounds bad, he was powerless to do anything about it given tyre condition."

Ricciardo admitted picking the performance is "one which no one would expect" but said the drive gave him immense satisfaction.

"I felt like, I don't know, I just I drove with some level of attention and some form of inspiration that day," he said.

"I was very happy with how I drove and I ended up being whatever, 14th, but on a personal level, that was one of my best drives I felt ever."

The five best race drives of the 2019 F1 season