Daniel Ricciardo insists he feels happy rather than bitter over the ‘impressive’ form of Red Bull-Honda in Brazil, as former teammate Max Verstappen took another pole position. 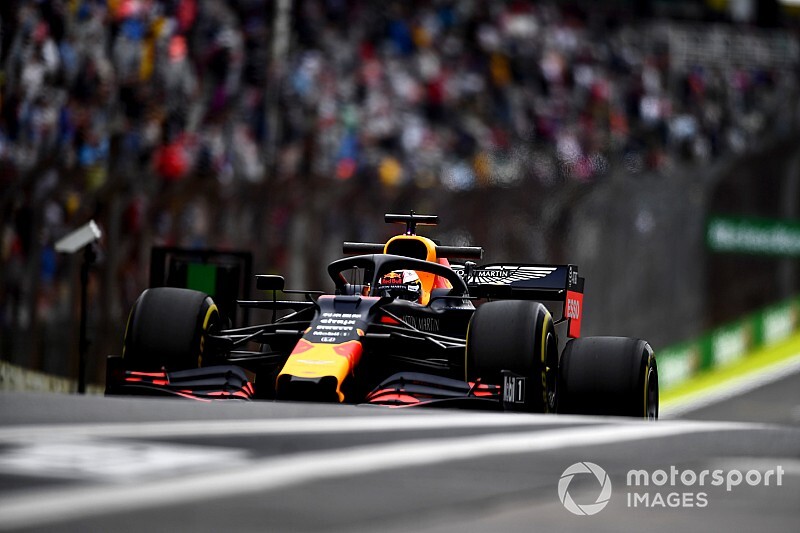 The gains that Honda has made with its powerunit became clear at Interlagos on Saturday as Red Bull’s strong pace on the straights and strengths in the corner secured Verstappen the top spot on the grid.

And while Ricciardo’s decision to leave Red Bull at the end of last year has prompted questions all year about if there were any regrets, the Renault driver says he is actually happy his former outfit is doing well.

Asked by Motorsport.com if Honda’s form in Brazil had surprised him, he said: “Yeah, I was impressed with that.

“I just watched Max's lap probably five minutes ago and that's definitely a good lap. I've been with Max for three years so I know he's capable of putting a car on pole, but I think to have that pace - I mean it's a downforce but it's also a power circuit – was impressive.

“So they certainly found something. Hats off to them. And actually hand on heart, some people are like, 'ahh, he's probably bitter a Red Bull got on pole' but I think it's great.

“I want to see more teams fight for it. The last few races has been Mercedes or Ferrari on pole, so with Red Bull it's good.

“Now obviously it's our job to get up there, but I'm glad that it's now a three way fight.”

Ricciardo does think, however, that one factor that appears to favour Red Bull is tracks at altitude – with Brazil one of three circuits that takes place at higher venues.

“There is a trend with the Red Bull and I guess you know having a good aero package, they do seem better you know with these high altitude places,” he said.

“Look at Mexico. The last few years have always been strong here as well. And Austria.

“So, for sure the Honda, they've made progress, but it seems the car is certainly working better. When maybe the others lose more, Red Bull can hang on to some of the downforce. I'll give Adrian [Newey] a call tonight!”

Ferrari insists it changed "nothing" on its F1 engine

Why F1's 'misleading' tyre graphic is better than you think