Ricciardo didn't mean to "screw" Ocon out of '19 seat 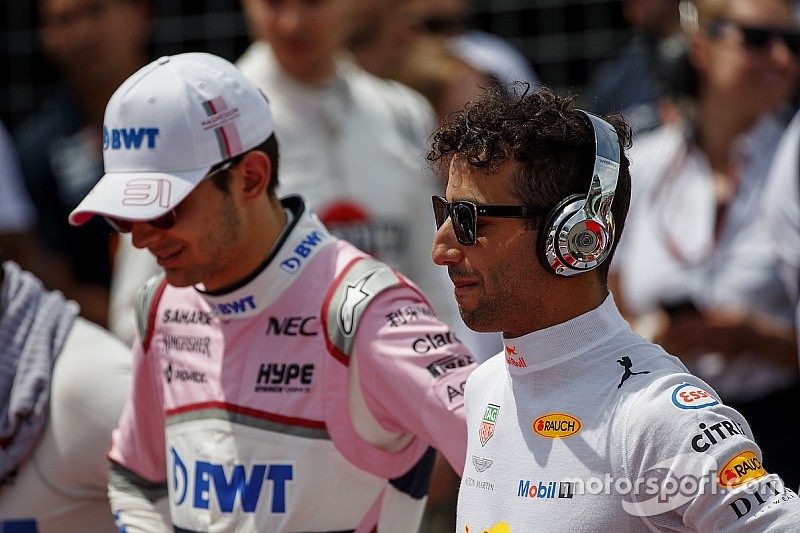 Daniel Ricciardo has played down the wider significance of Esteban Ocon’s struggles to stay in Formula 1 next season, but is aware his own Renault move accidentally “screwed” the youngster.

Mercedes protege Ocon was poised to switch to Renault before Ricciardo decided to quit Red Bull to join the manufacturer.

Ocon is likely to be ousted from his current team Racing Point Force India because Sergio Perez has a deal for next season and Lance Stroll is poised to join from Williams because his father Lawrence is now an investor in the team.

Ricciardo acknowledged that his Renault move meant “indirectly I screwed him” but said it was part of what made Ocon’s plight unique and not indicative a wider problem.

“The Ocon situation, I didn’t do it to screw him,” Ricciardo reiterated when asked by Motorsport.com whether the Frenchman's predicament showed it is harder for young drivers to get to, and stay in, F1.

“But the effect of my move has put him in a bit of a position now.

“I don’t know, I wouldn’t say the young driver thing because we have more younger drivers in the field than ever before.

“There’s political stuff, there’s financial stuff, that’s always involved but I genuinely believe that pretty much the vast majority of the grid now is based around talent.

“I don’t think the sport’s in a bad place at all.”

Other young drivers are getting chances: Formula 2 title contender Lando Norris will step up to F1 next season with McLaren, while Charles Leclerc and Pierre Gasly have been promoted to Ferrari and Red Bull respectively.

However, Ocon has admitted his hopes of staying on the grid next season are fading, with his Mercedes link part of the problem as rival teams are unwilling to take him on loan.

“I don’t know Ocon’s situation,” said Ricciardo. “If he doesn’t have a drive next year, sure he’s worthy of a drive.

“But I wouldn’t say he’s the first guy that’s missed it. It’s happened before that drivers with the talent have lost out.

“I feel it’s always gone on, and it’s unfortunate. I don’t think it’s necessarily in a different place to what it has been.”

Ocon has been the chief victim of a dramatic summer that included Ricciardo’s Renault move and Force India’s fall into administration and subsequent rescue via Stroll’s consortium.

Ricciardo’s teammate Max Verstappen said it was simply a case of "wrong timing".

“The problem is that there are no seats available, and when you have Force India where it is difficult to stay at the moment and you are linked to Mercedes, then it is just hard,” said Verstappen.

“I still see, maybe not next year, but the years after he will have a great career in F1.” 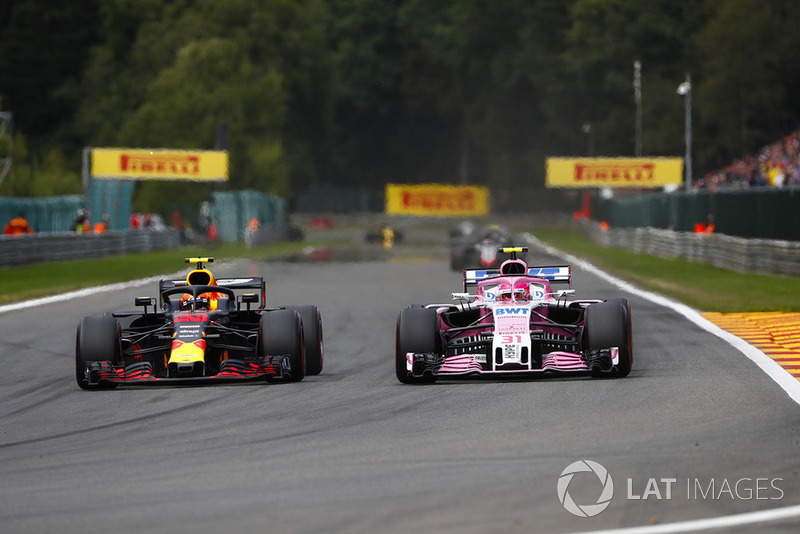