Daniel Ricciardo has explained the timeline for making his decision to join Renault's Formula 1 team next season, after Red Bull's Helmut Marko suggested he was blindsided by the move.

Ricciardo shocked Red Bull at the start of F1's summer break by agreeing to join Renault next season instead of signing a new deal as his current employer had expected.

Red Bull motorsport advisor Marko said he did not understand the decision and thought Ricciardo would sign a new contract during the post-Hungarian Grand Prix test on the Tuesday in Budapest.

Ricciardo has now explained how he ended up deciding to join Renault two days later instead.

"It is not something I knew for weeks or months," said Ricciardo. "So, it was all pretty much when it got announced right before the break.

"Renault was part of my considerations for a bit of time, they didn't come out of nowhere in the last hour.

"I was really torn with what to do and that process took time. Still in the race weekend in Budapest I wasn't sure what I was going to be doing.

"I did the test on Tuesday, and had some time to think about it over those 48 hours and came to my decision.

"It wasn't easy. There were a lot of factors and variables I had to weigh up in my mind."

He explained that his shift in fortunes after going from two wins in the first six races to failing to score a podium in the next six, left him feeling "a little bit frustrated" with himself.

"I was trying to understand why," said Ricciardo. "When I weighed it up, the change of setting, a new challenge, is probably the answer I needed."

Ricciardo said he had "a few sleepless nights" while deliberating leaving Red Bull, three times a race winner this season, for Renault, which has yet to score a podium since returning to the F1 grid in 2016.

Marko has said Red Bull offered Ricciardo everything he asked for in a bid to keep the Australian, and Ricciardo admitted he was "a little nervous" when informing them he will leave.

He called Marko and Red Bull team boss Christian Horner on the Thursday after the Hungarian GP, with his move to Renault confirmed the next day.

Ricciardo said: "He [Marko]'s known me for 10 years and I think he'd sensed at times some frustration or maybe some things changing in me, so, I don't think it completely surprised him.

"He was a little bit disappointed I was moving on. It was nice to know I was wanted there and they wanted to keep me.

"It was all calm and respectful, so it was all I could ask for."

Among the factors Ricciardo had to consider was Red Bull's decision to use Honda engines next season despite the Japanese manufacturer's troubled recent history with McLaren.

Asked by Motorsport.com how much of an impact Honda had on his call, Ricciardo said: "Nothing was that clear-cut. Honda still really need to prove themselves at the front.

"There wasn't really one key factor other than myself wanting to have a change of scenery. That was probably the biggest thing, it wasn't necessarily the engine deal or financials."

Horner said he felt that Ricciardo was also keen not to drive in the same team as Max Verstappen anymore.

"No is the short answer," Ricciardo said when asked by Motorsport.com if he needed to escape Verstappen as the young Dutchman settles at Red Bull.

"As far as [in]equality went in the team, from the outside people thought that but hand on heart there was never any concern or sign of that." 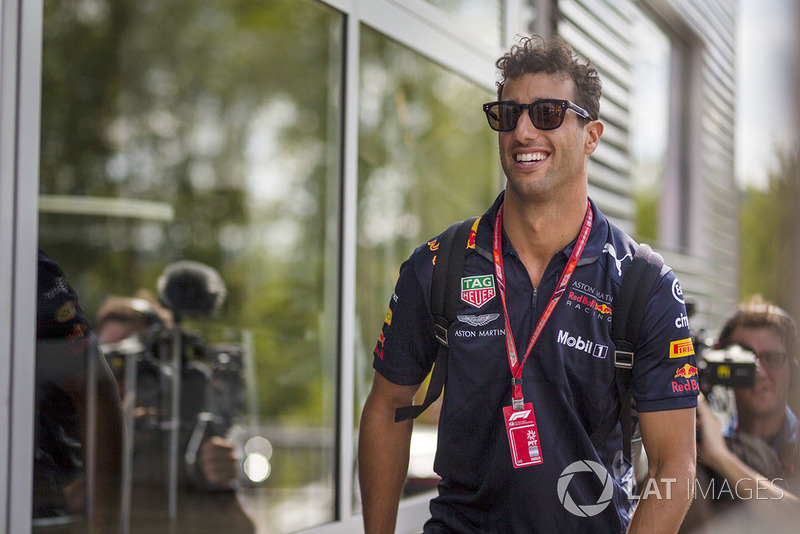 Norris was "punishing himself" with old F1 driving style