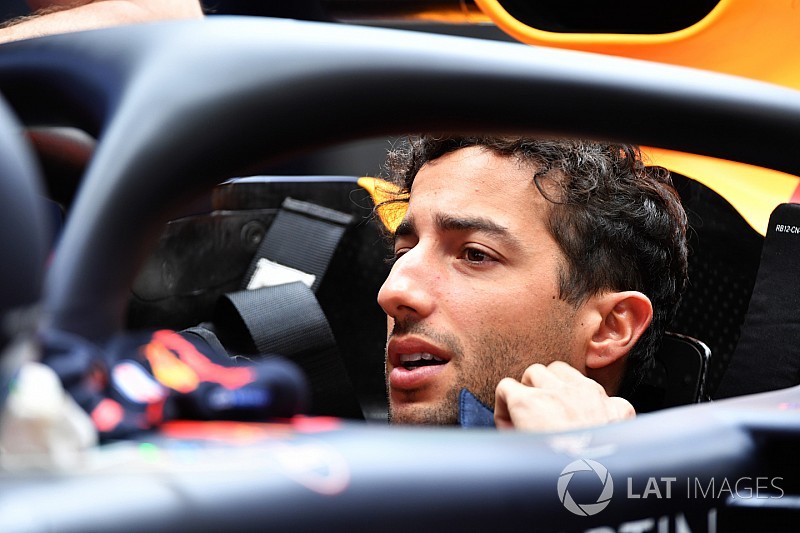 Daniel Ricciardo says he has been "hurt" by being so far off the Mercedes drivers in qualifying for the Spanish GP, despite feeling that he had got the most he could out of his Red Bull RB14.

The Australian qualified in sixth place, behind teammate Max Verstappen and at the back of the group of the three leading teams.

"I thought it was alright," said the Australian. "I was kind of a little bit 'ugh' after qualy. I didn't think the car felt too bad.

"We did about three 16.8s with different tyres and settings, but that kind of seemed like the limit of the car.

"It'd be different if the car was a handful or not going too well, but it didn't feel too bad, so we obviously just don't have the qualy pace at the moment."

Ricciardo said the car was good in the tighter part of the track at the end of the lap.

"I'm sure we're losing a bit out on the straight. From what I saw my Sector 3 was quickest so that's encouraging for, like, a Monaco or something coming up, but Sector 2 there's still a bit of power there.

"We're not that strong in Sector 2 from what I saw and Sector 1 is pretty much all power now that Turns 2 and 3 are pretty much full [throttle]. So it's a little bit mixed."

He acknowledged that there was more to come from the upgrade package, but not enough to make the difference.

"I thought it was more together today. Yesterday wasn't bad, but I think we did improve it today. There's still a bit more to get out of it, but not seven tenths.

"Even if I forget Lewis's time I think Seb [Vettel] did a 16.3, so we're still about half a second off that. If we've got the race pace tomorrow then maybe that's just how it is at the moment, that we don't have a great qualifying package.

"I still think they [Ferrari and Mercedes] are going to be fast in the race, so I don't think it's going to be like we're the best tomorrow."

Regarding the prospect of a battle with Verstappen, he said: "We're not going to brake. Our egos are too big!

"For sure I expect Christian [Horner] to have a word with us tomorrow before the race, and for the next few races until things calm down.

"And until he sees proof that things have calmed down he'll definitely talk to us. Obviously we're in a difficult position because we want to not only beat each other, we want to attack Kimi [Raikkonen] or whoever is in front of us.

"Look, we've attacked before and kept it clean so we just need to do that."