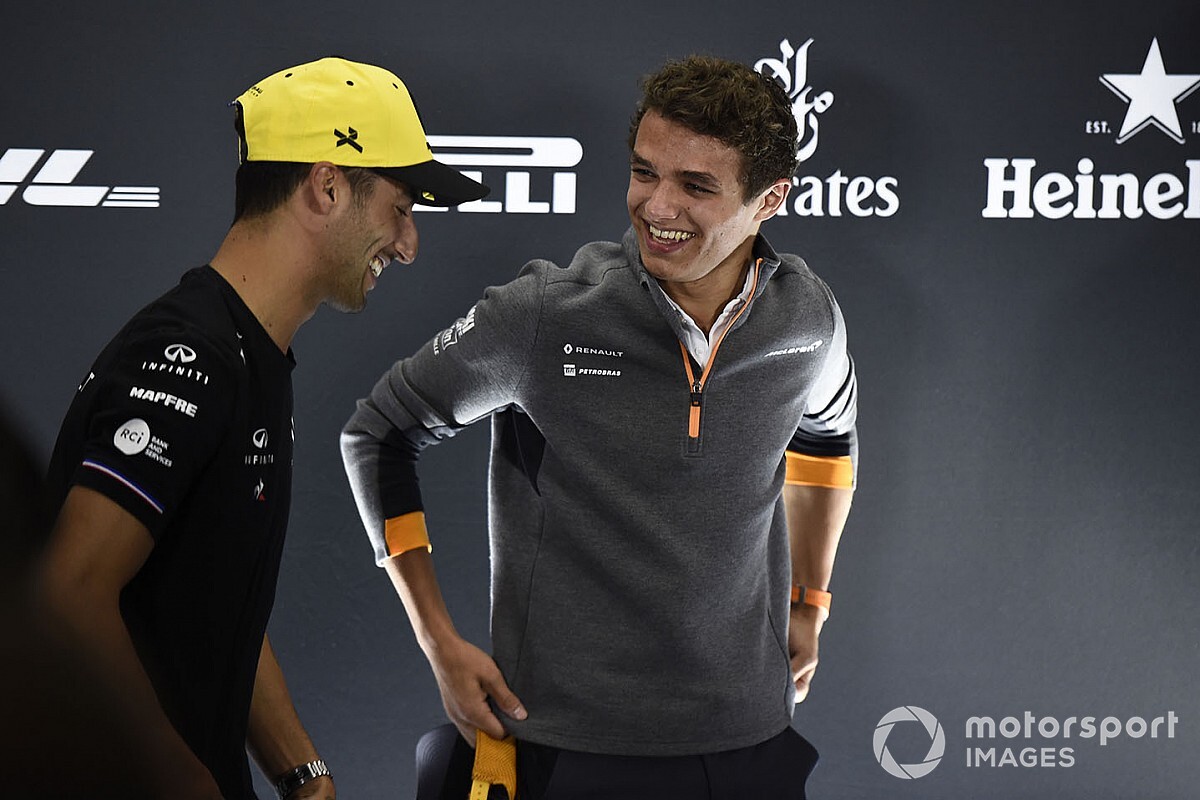 McLaren Formula 1 team boss Zak Brown believes that the combination of Daniel Ricciardo and Lando Norris in 2021 will be “awesome” – and he thinks the experienced Australian will help his younger partner to further raise his game.

Brown believes that Ricciardo is capable of winning a championship “immediately,” and has made it clear that he was always the first choice after Carlos Sainz indicated that he had an opportunity to move to Ferrari.

“We went after Daniel a couple of years ago and I think narrowly missed out,” Brown told Sky F1.

“So we've been a fan of Daniel’s for some time. Obviously he went to Renault, and then we brought on Carlos and Lando, who have done a fantastic job.

“And we were out of contract with Carlos, and he had some opportunities. We're going to miss Carlos, he's done a fantastic job, but now we’ve got a seven-time Grand Prix winner in the car and we couldn't be more excited, and think the combination of he and Lando in ’21 will be the most exciting driver line-up.

“I think in the right car Daniel is capable of winning a championship immediately. He’s extremely marketable from a commercial standpoint, he’s a very exciting driver. I think the combination of he and Lando will be awesome, and they’ll be kind of the fan favourites, on and off the track.”

Brown said the addition of a proven race winner in Ricciardo represented an important step on the rebuilding process following major changes in the management of the team.

“We’re kind of on this road to recovery, and last year was a big step forward. With that you need to have the best of everything if you can get it.

“I think in a relative short period of time Andreas [Seidl] as our team principal has been a great addition to our team, James Key has started, then a lot of people you don’t see behind the scenes, who ultimately contribute to a race team being successful.

“We restructured the entire leadership team, that took some time, they are now all in place. Andreas really has the race team where he wants it.

“Then of course you want to have two great drivers, which we currently have today, but to be able to have a seven-time winner, someone that you know is the absolute benchmark, is great for the team.

“And it also gives Lando a chance to step up and give us a chance to see Lando in action against a seven-time winner.”