Ricciardo gets grid penalty for Spain after Kvyat clash 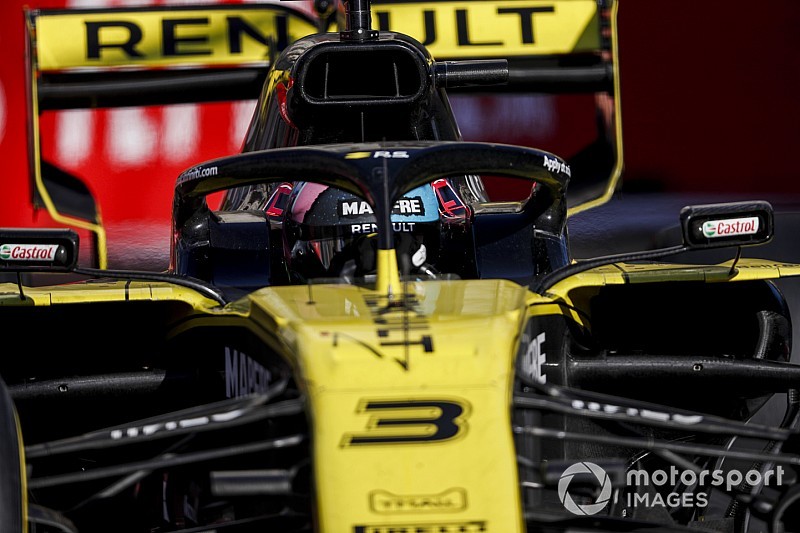 Daniel Ricciardo has been given a three-place grid penalty for the next race in Spain after reversing in to Daniil Kvyat in the Azerbaijan Grand Prix.

Late in the race Ricciardo had attempted to pass Kvyat for 10th place under braking for Turn 3, but misjudged the move and slid down the escape road.

In doing so, that forced Kvyat wide and the Toro Rosso driver also ended up in the run-off area, sitting right behind the Renault.

In Ricciardo's haste to get going, and unaware his rival was behind him, he instantly reversed and then hit Kvyat's car, damaging the Russian's floor.

The FIA ruled that Ricciardo was guilty of causing a collision and handed him a three-place grid penalty for the Spanish Grand Prix, as well as having two penalty points added to his licence.

Ricciardo apologised to Kvyat after the race for what happened, as he explained that he had reversed without looking in a 'panic' to get back on track.

"I obviously don't feel good about what happened," Ricciardo told Sky. "At the time it was looking quite good for us. We were starting to pick up the pace and obviously closing in on Daniil.

"I saw a gap and thought I would have a go. It is always tight into Turn 3, and initially I thought I had the commitment and would pull it off. Then I felt it was starting to lock and I missed the corner.

"At that point as soon as I went down the escape road, it was just I guess a sense of urgency and a bit of panic if you will – and try to minimise damage and lose as little time as possible.

"I found reverse and started going and to be honest I had no idea he was there. I guess the urgency stopped me from looking."

Hamilton was "too friendly" with Bottas at start