Ricciardo wants to be pushed by "little ankle biter" teammates 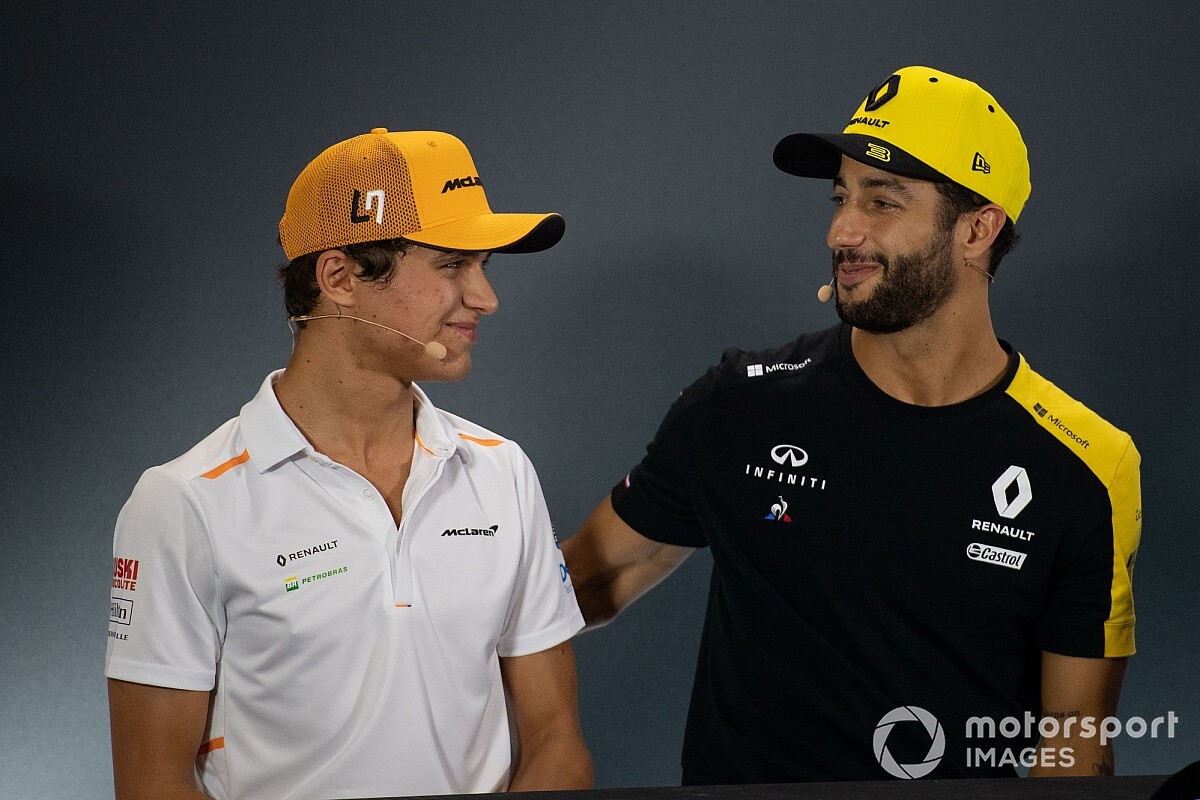 Renault Formula 1 driver Daniel Ricciardo says he's looking forward to facing strong competition from his young team mates both this season and in 2021.

The Australian, who turns 31 on July 1, is alongside 23-year-old Esteban Ocon this year. Next season he partners Lando Norris – who is over 10 years his junior – at McLaren.

Ricciardo says he enjoyed the motivation provided by the close fight he had with Max Verstappen at Red Bull Racing, and wants more of the same.

"I obviously felt that with Max at Red Bull," Ricciardo told the F1 podcast. "I felt like we both lifted each other by pushing each other, and kind of being the competitors that we are.

"I would obviously expect that and love that from Lando. I say expect it because he had a very strong rookie year – I'm pretty sure he outqualified Carlos [Sainz], and that was quite a statement for his rookie year.

"I expect him to be there. I think we're both pretty easy going once the helmet's off. And people probably have a bit of fun with that, and people are going to see some good competition.

"And the same with Ocon this year, I've still got this year with him. I haven't raced him as a team mate yet, but same kind of deal. I'm actually really excited to have these kind of young little ankle biters coming at me!

"I'm excited to see how he goes. He's the most rusty, having all of last year off as well, so I know he's chomping at the bit to get going."

Ricciardo admitted he hadn't realised how big the age gap will be with Norris.

"I actually didn't know that. I remember with Max I think there was seven years difference or something, and I was, 'Woah, that's a lot.' I'm only getting older and they're only getting younger!"