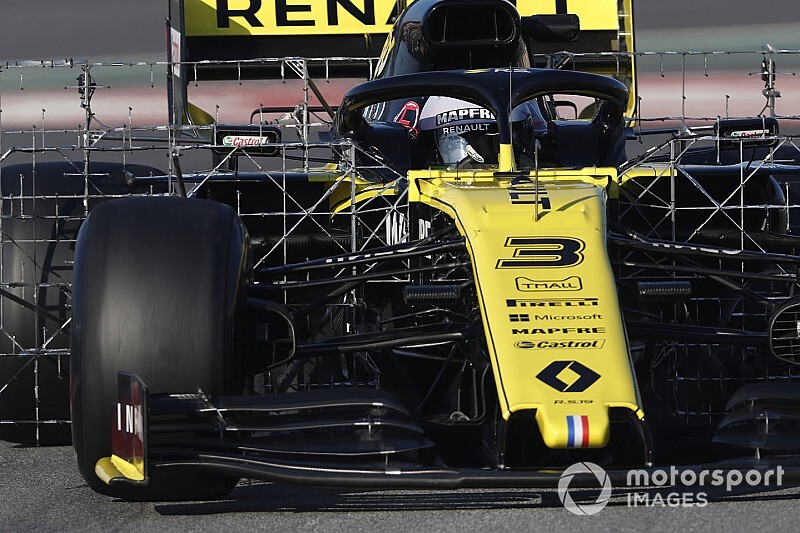 Daniel Ricciardo says his Renault Formula 1 team will have a “quite different” car development philosophy in 2019, which he hopes will help it “stay ahead of the curve”.

While Renault had accomplished its goal of finishing top of F1's midfield last year, questions were raised over the rate of its in-season development compared to nearest rivals Haas and Racing Point.

Nico Hulkenberg conceded towards the end of the season that Renault had “lost out” over the course of the campaign, having started it with what was convincingly the fourth-best car.

“I am pretty sure we have not made progress,” he said in Japan, adding that Renault's upgrade plan couldn't match the major steps that propelled its direct rivals forward.

Ricciardo, who has arrived from Red Bull to partner Hulkenberg in 2019, said he “expects good things” from the French outfit in this year's development race.

“I think the philosophy this year will be quite different as far as the upgrades we get,” he claimed.

“I will be part of that and trust that process, and hope we are staying ahead of the curve.”

With F1's midfield teams looking closely-matched once again on evidence of pre-season testing in Barcelona, in-season development will be key to how their battle pans out.

Renault is known to have bolstered its factory in Enstone in preparation for 2019, so as to avoid further development struggles.

Its technical director Nick Chester says the scope afforded by the new regulations also gives the team more confidence about making progress with the RS19.

“It’s partly because of the regulations we’ve got this year, the 2019 regs, that open up quite a lot of avenues,” Chester explained.

“So there is a lot to be developed this year, in terms front wings, brake drums, bargeboards, sidepods vanes – there’s a whole big area available for development.

“We put a lot of effort into our tunnel programmes and aero programmes, so we’ll be trying to get things through as quick as we can and put those gains on the car.”

Ricciardo believes Renault's in-season progress will also come from continuous work on its engine, although the French manufacturer has claimed it's already made a “substantial” step forward in the off-season.

“I think, in a way, the exciting thing for Renault is that the last few years it is no secret that we have always been playing catch-up with the power unit, so the positive with that is we always feel there is more to gain than the others,” Ricciardo said.

“So from that I will obviously always stay optimistic and feel that in that development we can find a bit more in the season and keep closing the gap.”