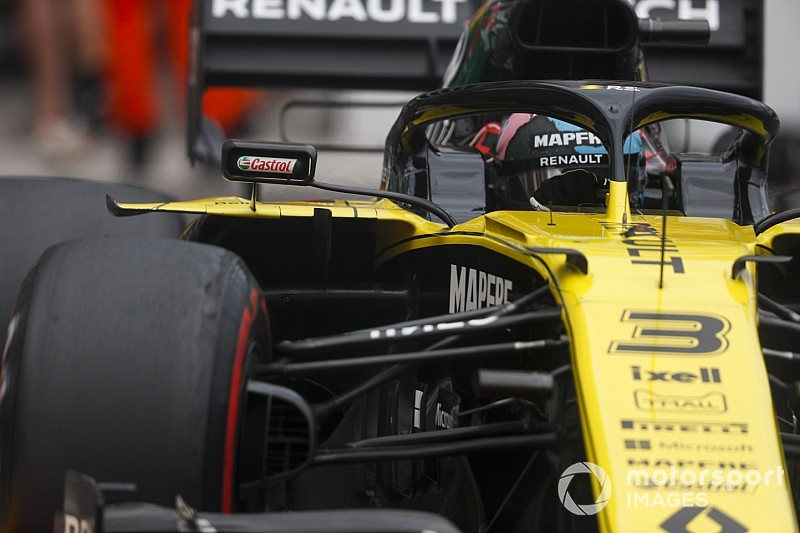 Daniel Ricciardo says he finally feels comfortable with his Renault Formula 1 car, having picked up the driving "habits" required to get the most out of the RS19.

Ricciardo had not fully gelled with the Renault in time for the start of the season, but has now outqualified Nico Hulkenberg - who's been at the outfit since 2017 - five times in a row.

“I think now I'm actually comfortable, and I think I'm already starting to drive a little differently compared to what I was last year,” said the Australian, who had joined Renault from Red Bull.

“Without going into details, but what I mean by that is, even the way you brake into a corner and the way you pick up the throttle, just based on the characteristics, I feel I've already adopted new habits, so to speak.”

Asked if driving the Renault felt natural, he said: “Now it does. Winter testing, I thought I got up to speed well and that was that. But getting that last five percent, that was going to take time, but I'd like to say I'm in that window now, where I wasn't in the first few weekends.”

Ricciardo says the strongest feeling he has at the moment is one of motivation.

“I think the year, it’s been going okay personally for my side and building with the engineers. Nico came out strong start of the season, outqualified me in the first race [Australian GP], when he only had one run as well in Q2.

“So I had two chances and didn’t get him, and then since then I've been able to put it together.

"I'm motivated, I'm very very motivated, and I want to get back on the podium. I know we're still not there but I think if I keep this level of drive and hunger, it's just going to come sooner rather than later.”

Renault introduced an upgraded power unit in Barcelona, and Ricciardo believes this weekend's Canadian Grand Prix will be the biggest test yet for the new engine.

“We know we've definitely made progress through the year, and we were encouraged by Monaco and even Barcelona - but this will be the best test yet. And we'll see. I'm confident we'll be alright.

“I don't know if we're going to push it more this weekend than we did in Monaco, to be honest, I don't know the answer on that - but I think already having the reliability in a better place, we've already been able to squeeze a bit more out of it.

"I don't want to say we're going to be, like, doing big things yet. We’ll play it cool.”