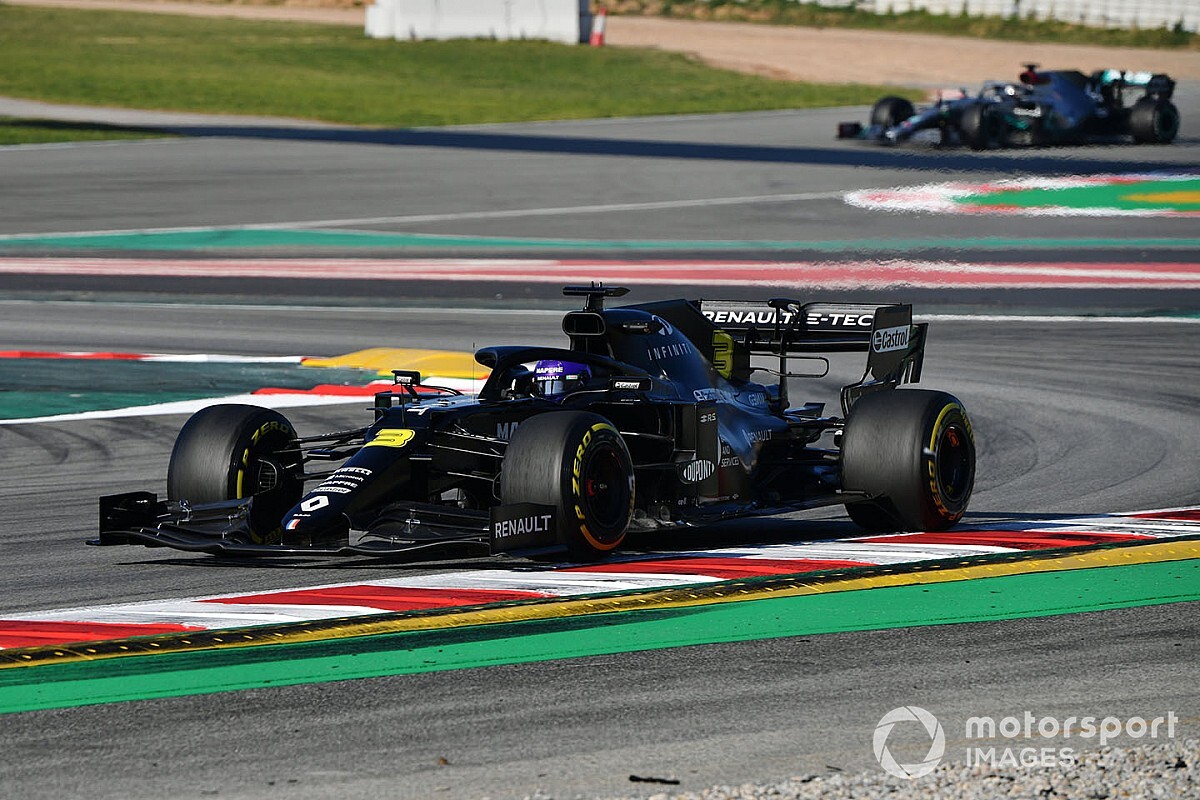 Daniel Ricciardo says he is committed to Renault’s Formula 1 project in the long-term and is not looking for the “next best thing” when his contract ends this year.

Seven-time grand prix winner Ricciardo quit Red Bull at the end of 2018 to join Renault on a two-year contract, but is currently a free agent for 2021.

Ricciardo has been linked to Ferrari for 2021 after a difficult first year with Renault that saw him fail to score a podium finish, as he recorded a best result of fourth at the Italian Grand Prix. The Australian has been tipped as a potential replacement for Sebastian Vettel, and was quoted earlier this month as saying he was “answering all calls” over drives for next year.

After initially staying coy when asked if he would like to race for Ferrari - only saying Vettel was a “nice guy” - Ricciardo stressed he remains committed to Renault’s long-term ambitions to fight for wins and championships.

“I reiterated afterwards probably in the second part of that sentence, I will answer calls for sure, but most importantly I want this to work,” Ricciardo said.

“I don’t want it to feel like I’ve just come to Renault and just got away from Red Bull, and then I’m looking for the next best thing. I really want to make this happen and make it work.

“Obviously the step to that is getting more out of this year than we did last year and hopefully getting enough out of it, that the journey continues beyond my two-year contract. That’s the ideal scenario.

“To talk about other what-ifs and future here and there, it’s still too early.

“You don’t want to rock the boat obviously as well, but we haven’t even started this year, so to already start thinking about ’21. I can’t think about it yet.”

Vettel is entering the final year of his existing Ferrari contract, but team principal Mattia Binotto said earlier this month the four-time world champion was the “first option” to partner Charles Leclerc next year.

Leclerc signed a new Ferrari contract last December after an impressive first season with the team, tying him down until 2024.

McLaren’s Carlos Sainz beat Ricciardo to lead the F1 midfield drivers in 2019, but also batted away a link to Vettel’s drive when asked if the German would be the catalyst in the driver market.

“I don’t know, and at the moment I don’t really care if Sebastian is going to be the catalyst or not,” Sainz said.

“As you know, I’m very happy in McLaren. I feel very much part of this project, this medium-to-long-term project, and to be honest I don’t think about anything else.

“I want this year to be a step forward compared to last year and keep working in the same direction with the same objectives, and we’ll see.”