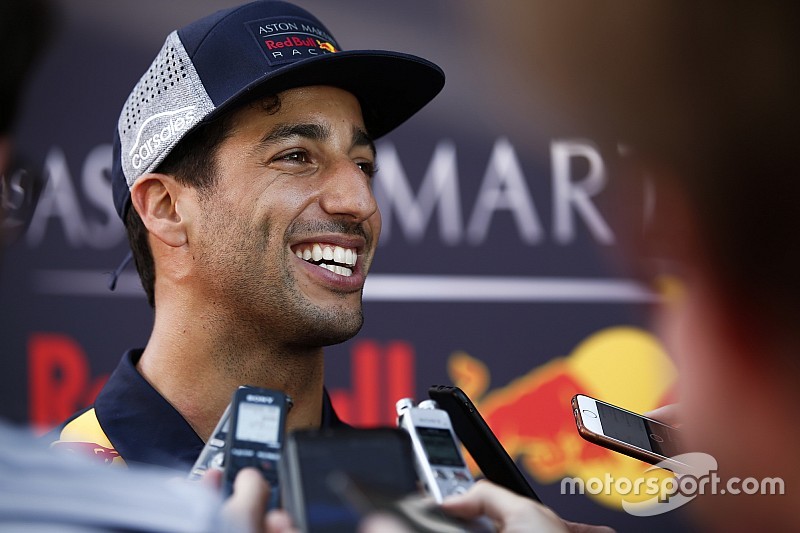 Daniel Ricciardo has set a new deadline for confirming his contract extension with the Red Bull Formula 1 team after initially expecting to sign before the summer break.

Ricciardo had said he hoped to have his future sorted before the summer break, while Red Bull intimated a deal was close back at the end of June.

However, with Ricciardo completing his pre-summer duties on day one of F1’s post-Hungarian GP test, he will head into his holidays without an announcement being made.

The Australian is now “definitely” expecting that to happen in August, either before or during the Belgian Grand Prix weekend at the end of the month.

Asked by Motorsport.com if something had complicated what looked like a simple renewal, Ricciardo laughed and said: “Did it look simple? I was just making it up so you guys would stop asking me.”

He added: “It will definitely be done by Spa. Whether it gets announced over the summer break or in Spa [I don’t know].

“[It’s] just a little bit of fine-tuning here and there. It’s all good. You’ll hear something soon, I’m sure.”

Ricciardo’s teammate Max Verstappen signed a lucrative new deal towards the end of last year, but it was Ricciardo who led Red Bull’s charge in the early stages of this season.

The winner of this year’s Chinese and Monaco Grands Prix had contemplated a move away from Red Bull when his contract expires at the end of the year.

However, despite those early victories it became clear that Mercedes and Ferrari, the only frontrunning teams besides Red Bull, were not realistic options for the 29-year-old.

That meant progress accelerated in the talks between Ricciardo and Red Bull over a new deal, and although it has not been completed in the timeframe expected initially, it remains a formality.

The fresh deal is likely to be for two years to put Ricciardo in line with the other frontrunners, given F1 is preparing for a major rules overhaul for 2021.

A two-year contract would take Ricciardo’s spell with Red Bull to seven seasons.

He has won seven races in four-and-a-half years with the senior team, having bested Sebastian Vettel in his first Red Bull campaign and matched Verstappen’s victory tally in their time together.