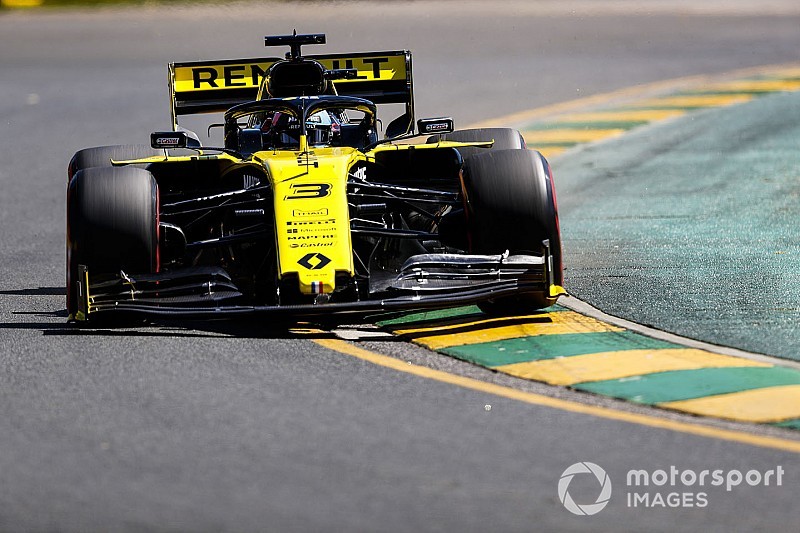 Daniel Ricciardo says he and Renault were caught out by a 'strange' seat belt issue on the opening day of practice for the Australian Grand Prix.

The Australian lost time in the afternoon session when Renault struggled to get him comfortable with his belts.

"We were a bit delayed getting out for both runs – just a few little things with the belts," said the Australian, who ended up eighth overall in second free practice.

"It was actually strange, because they were really loose. Then they made a small adjustment and they couldn't even tighten them. It is like the adjustments were out. We will figure that out.

"We could have got a few more laps in both runs but in the end we did what we had to. I wouldn't say it was down to a lack of track time, it was just figuring out what to do.

"It is a bumpy circuit so working out what to sacrifice ride for, to take the kerbs and the bumps well or to be aggressive to get the most downforce out of the car."

Ricciardo said he was happy with the short run pace of his Renault, but said that his longer runs were not so encouraging.

However, with teammate Nico Hulkenberg having looked stronger on that front, he was far from concerned.

"It's hard to read," added Ricciardo. "The short run at the end was okay. The long runs not so good.

"There was still quite a lot to learn with the car and still probably some ways to set it up – a few tricks here or there. Nico obviously has a bit more knowledge with that so I just need to try to understand a bit of that direction as well.

"But I think the car doesn't look too bad for now. His long run looked better than mine and quite impressive, so that is positive."

Asked about his expectations for Saturday, Ricciardo said: "If both cars can be in the top seven or top eight that would be a good start to the season.

"But you look at the field and it is a bit strange. You see the Mercedes and the Red Bull in the front, and Ferrari I expect to get up there tomorrow. I don't know if they had any issues this afternoon or were running high fuel or they are just not fast. But it is crazy around here.

"You see Kimi [Raikkonen] was up there in fifth or something, so it is going to be quite close tomorrow getting that lap, getting a clean lap. It could change three or four positions just one or two tenths."

Vettel: Mercedes "much stronger than they claimed"

Why relaxed Raikkonen will star in 2019