Daniel Ricciardo was surprised by Kimi Raikkonen’s two-year Sauber deal as he thought the Finn would retire after losing his Ferrari Formula 1 drive.

Outgoing Red Bull driver Ricciardo had eyed a move to Ferrari earlier this year but eventually decided to sign for Renault.

Raikkonen will be replaced by Charles Leclerc and take the youngster’s seat at Sauber, having confirmed a two-year deal with the team that gave him his grand prix debut in 2001.

Asked if he was surprised by Raikkonen’s move, Ricciardo said: “A little bit.

“I suspected Ferrari would make the change they’ve made, but I thought if Kimi left then he was leaving, riding dirt bikes and spending time with his kids.

“I’m surprised he’s committed to a two-year deal as well.

“His body language doesn’t always show he enjoys the sport but obviously he likes it more than we think he does.”

Raikkonen has not won a race since rejoining Ferrari in 2014 but he has added two pole positions and 23 podiums to his overall record in that time.

Though Sauber has improved significantly in the last 12 months under Fred Vasseur’s stewardship, Raikkonen will likely swap his podium-contending form for scrapping for points.

Renault driver Nico Hulkenberg said that is why he was also “a bit surprised” to hear about Raikkonen’s switch.

“Obviously, we all love racing,” said Hulkenberg. “It’s hard to stop that, especially in Formula 1.

“It’s the pinnacle of racing. It’s an awesome life and job that we have.

“From that point to just stopping and doing nothing is quite hard but to go backwards from a top team and from a car that you do lapping to probably a car that you get lapped, it’s quite interesting.

“I’m sure he has his reasons for it. He obviously still gets some good pace so he has every reason to still be going.”

Raikkonen’s former Ferrari teammate Fernando Alonso, who last month announced his intention to leave F1 at the end of the year, said he was not surprised Raikkonen has decided to stay.

“So, it's difficult to judge all these things from the outside.”

Championship leader Lewis Hamilton believes Raikkonen’s longevity in F1 “has to be admired” as the 38-year-old will take his tally to 18 seasons if he sees out his two-year Sauber deal. 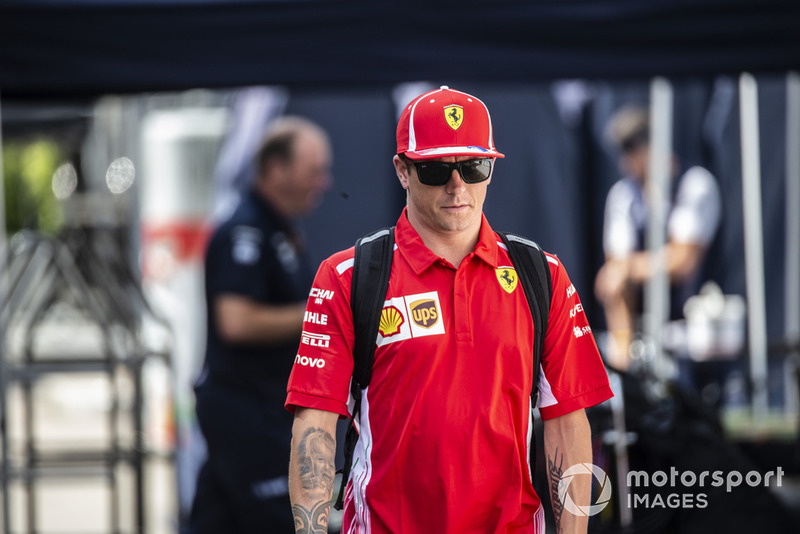 Other drivers got away with worse at Monza - Verstappen