Ricciardo: Netflix doc put F1 "on the map" in the US

Daniel Ricciardo feels the Netflix Drive to Survive series helped put Formula 1 “on the map” in the United States following its successful first season in 2019. 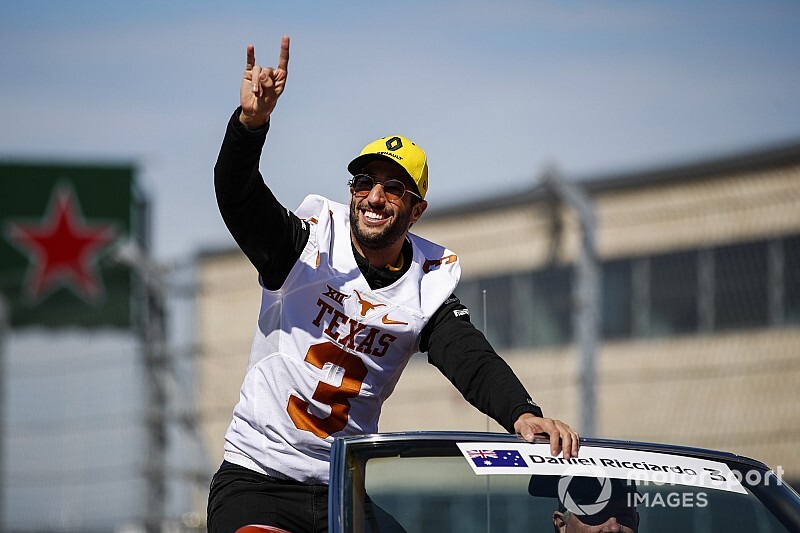 Ricciardo was one of the most visible figures in Drive to Survive, which spent multiple episodes tracking his decision to leave Red Bull at the end of 2018 in favour of a move to Renault.

Appearing on The Daily Show with Trevor Noah on Monday, Ricciardo spoke about the impact the Netflix series had on helping F1’s growth in the United States, saying he could feel a noticeable difference since its release.

“I definitely feel F1 is becoming much more of a thing here in the States. Drive to Survive put it on the map,” Ricciardo said.

“I spend a bit of time in the States, and up until a year ago, not really anyone would say hi to me – not in a bad way, but they wouldn’t recognise me for being an F1 driver.

“And now it’s all: ‘We saw you on Netflix, it was great, Drive to Survive.’ We wear helmets, so not really many people can see our faces a lot of the time, so putting a face to a name, that helped.”

F1 has cited the success of the Netflix series as being key in its growth among young fans, the championship reporting earlier this year that 62 percent of new fans were under the age of 35.

Ricciardo proved a popular figure in the first series, where he was followed both at the circuits and away from it, including segments back in Australia with his family.

Ricciardo said he felt it was important to maintain an element of fun, feeling the more straight-laced drivers “don’t help the sport”.

“I think for me, growing up in Australia, in sunshine, it turns your personality into a bit of happiness,” Ricciardo said.

“I’m doing my dream job. You have to reminded sometimes, you get some competitive. Sometimes [you get so] caught up in it that you do forget, a little bit of perspective.

“It is my dream job, I travel the world to drive cars in circles, which is pretty awesome.”

Season 2 of Drive to Survive premieres on Netflix on February 28 and will feature all 10 F1 teams, with Mercedes and Ferrari providing access after having decided not to participate in the first season.

Tech insight: What we can expect from the 2020 F1 Mercedes