Daniel Ricciardo has revealed that he was advised before qualifying at the United States Grand Prix to steer clear of the kerbs that put Red Bull teammate Max Verstappen out of action. 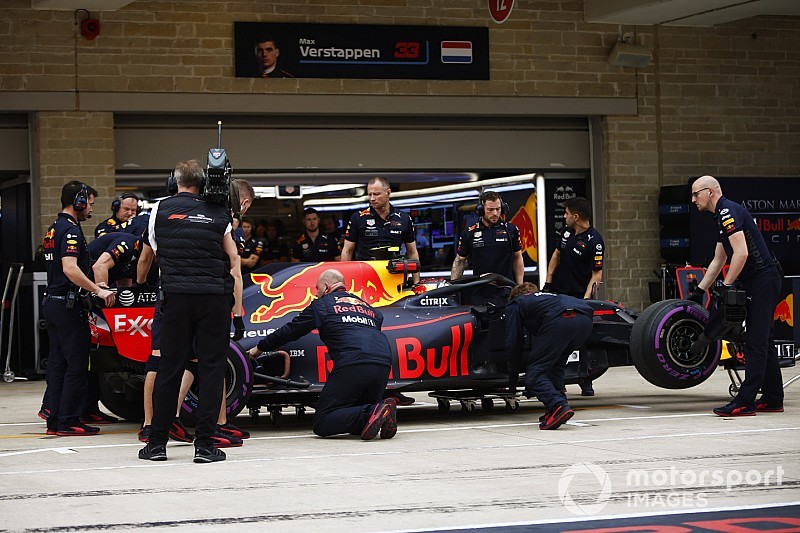 Verstappen’s hopes of a good grid slot for the Formula 1 Austin race were wrecked in Q1 after his right rear suspension was broken when he ran over the kerbs at the exit of Turn 15.

The damage to the suspension and driveshaft could not be fixed before Q2 finished, and it left the Dutchman down in 15th.

Although some drivers were told after Verstappen’s incident to avoid hitting the kerbs, Ricciardo says that his engineer had warned him before the session.

“This morning already I saw a few cars use them and I think Max was one of them,” explained Ricciardo.

“I had a look on the data before qualifying to see how much it puts through the car, the impact, and already my engineer advised me not to do that. So I was going to stay off them.”

Ricciardo said that he had already been cautious about abusing the track limits after his steering got damaged last year in the closing stages of Q3.

“I remember I hit the one last year, on the last lap of qualifying coming out of the last corner,” he said.

“I remember hitting that one and it knocked the steering and tow out, so even when I used it last year it did something. So it isn’t really worth it, unless it is the last corner where you don’t really care.”

Ricciardo managed to qualify fifth, and felt there was little chance of doing any better with both Mercedes and Ferrari well clear of Red Bull this weekend.

He suspects the edge his rivals have is because Austin has turned into a power track like Silverstone – where Red Bull’s downforce advantage does not bring any benefit.

“Part of my explanation is that it is a bit like Silverstone now, where the first sector is a power sector as opposed to a downforce sector,” he explained.

“Turn 2 is full, Turn 3 is full, 4 is full, 5 is full, 6 was like a micro-lift that is as good as full now. So if we have got more downforce we are not gaining there, we are losing because if they are full with more power then it is being magnified.

“They [Mercedes and Ferrari] also have more beans to use in qualifying. The race will bring it back. But they are quick around here.

"Ferrari is more a surprise than Mercedes. I knew Mercedes would be fast but Ferrari found some [pace] as well.” 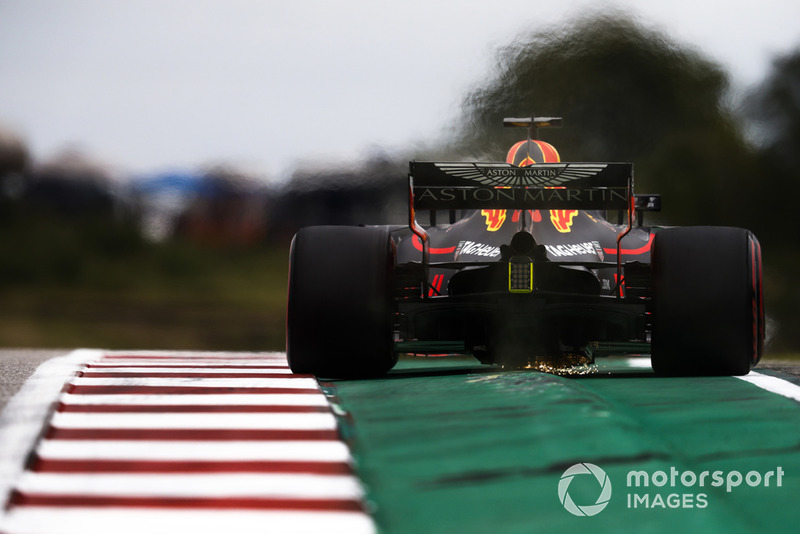