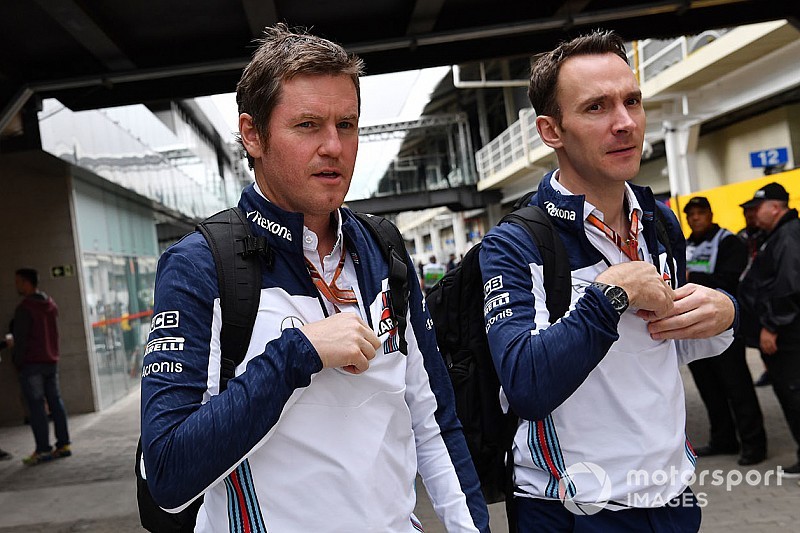 Senior Williams Formula 1 engineer Rob Smedley says he is determined to remain in the sport after he leaves the team at the end of the 2018 season.

Smedley, 44, announced his departure from the struggling team earlier this week, and claims that becoming a free agent has already led to a number of approaches from potential employers.

"I definitely want to stay in Formula 1," he said. "It's my passion and has been all my working life, and it's still the pinnacle of motorsport.

"There's other series, let's say, which are snapping at its heels, but it's still got a lot to offer.

"So I do want to stay in F1 on the technical side, and I'm lucky because I'm already talking to people and that's a fortunate position to be in. Then we'll see."

Smedley's 17-year F1 career began at Jordan, where he initially worked as a data engineer, but it was after he moved to Ferrari in 2004, moving on to become Felipe Massa's race engineer in 2006, that he entered the public consciousness.

He joined Williams in 2014 in a trackside role superintending the team's race operations.

"We've been able to grow and improve it, and hopefully I leave it in a better shape than it was," he said.

"It's a good group now - they've got good knowledge, with a good methodology, and we've brought a lot of science into the way we've used tyres and use the car in general, which enables them to exploit any car that's given to them.

"It's time for a new challenge for me now. Williams has got its own challenge in front of it to come from where it is at the minute.

"I'm going to spend some time at home, first and foremost – I'm going to be with my family, who have supported me for a long time.

"I can be a normal husband, a normal dad, and not going away every two weeks and working until 9 or 10 o'clock in the office every night."

There are a number of options for Smedley beyond working for a race team.

Other senior engineers such as his former boss at Williams, Pat Symonds, and ex-Ferrari design chief Nikolas Tombazis, have senior roles with the FIA and the Formula One Group.

"I would say at this moment in time that I'm not closing off any options." said Smedley. "I'm in a really fortunate position in that people want to talk to me – so, I'm talking.

"There are absolutely no avenues closed off. What I actually need to do, towards the start of next year, is to actually put those options on the table - and, after spending a little bit of time away from it, and being able to look at things with a clearer head, slightly less fatigued, then I'll make a decision.

"But until that point I'll see what the options are as they come in."

Kubica in frame for Williams 2019 seat