Kubica would be a "fantastic" teammate to Russell - Williams 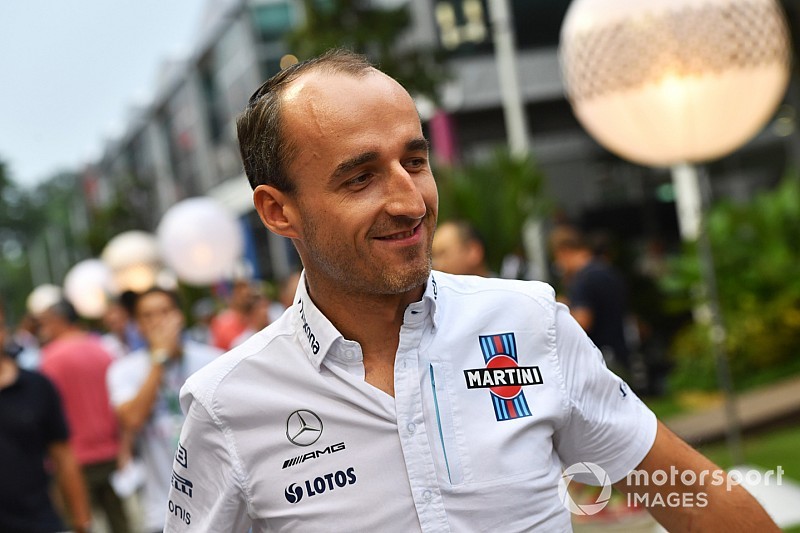 Kubica is one of several drivers on the shortlist for the second seat at the team, along with Esteban Ocon.

The 2008 Canadian Grand Prix winner has tested for Williams on several occasions this year and driven in two free practice sessions, and has made a fresh push to secure a bigger budget for 2019.

Ocon meanwhile could get the nod if the team can source the funding to run him independent of any commercial arrangements with Mercedes.

"We have a short shortlist for the second seat, which we are evaluating," said Williams. "We started that evaluation process a good few weeks ago now.

"We always said we wanted to make this decision based on pure data, and to get the best talent from within that pool of drivers that we have.

"So we're working through that at the moment. Robert is absolutely on that list as are a handful of other drivers who all have talent as well.

"Robert has done a great job for the team this year and he would be a fantastic teammate to George.

"But we're not ready to make that final decision yet. We've still got conversations to have internally and with the drivers in question."

Asked if it would take as long as the driver choice for 2018 - when Sergey Sirotkin eventually get the nod - she said: "Yeah, probably.

"We have to make the right decision based on lots of different factors and there are other considerations that we have to take into account as well.

"It's very early as well from a sponsorship perspective, we don't know where we're going to be yet exactly from a partnership perspective and any new partners that are going to come on board and obviously if they do then it frees us up to make other decisions potentially.

"So we've got to go through that process, so we don't want to rush into a decision."