© 2021 Motorsport Network. All rights reserved.
TV Buy tickets Store
Previous / Why Hamilton sees Wolff partnership as one of F1's best Next / How F1 has fans “wired up” to test emotions during races
Formula 1 / Breaking news

Williams driver George Russell says the "big sacrifices" made by the current crop of Formula 1 rookies during their ascent to the series felt normal to them. 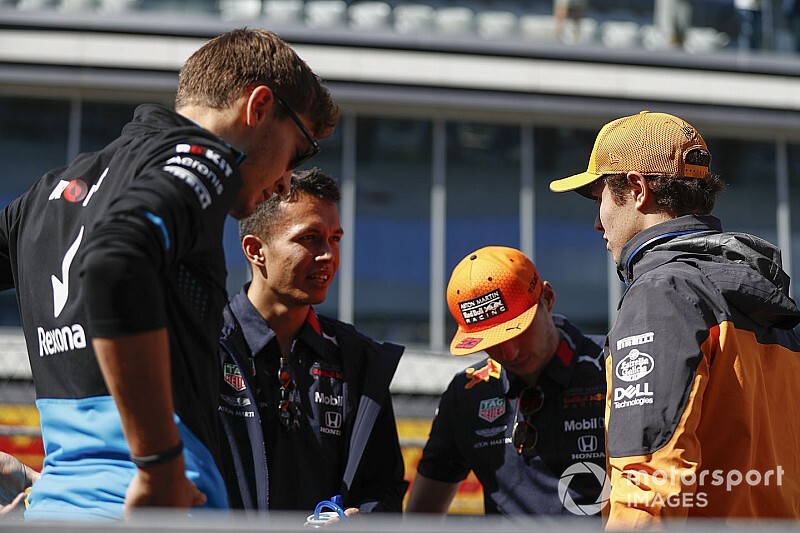 Albon, who stepped up to Red Bull from Toro Rosso mid-season, emerged as top rookie runner in eighth in the standings, with Norris just missing out on the top 10 while Russell struggled to last in the standings in an uncompetitive Williams.

All three grew up racing each other through their karting and junior formulae careers and followed similar paths in leaving school early to focus on racing - something Russell admits simply "felt like the norm" and "nothing special" as they worked their way towards F1.

"We all left school early, took a big sacrifice there, none of us were out partying and drinking through our teen years," said Russell.

"We all thought this was the norm. We didn't think we were doing anything special.

"We just thought that's what it takes to become an F1 driver.

Russell added that the time the trio spent racing together through their junior careers meant he "knew we'd be on a similar level" to each other when they made it to F1, and that they've "pushed each other" through their approach to racing.

"I know we're all good drivers, but I raced against these guys for my whole life, so I just thought it was the norm," he added.

"I knew we'd be on a similar level to one another when we came to F1, because we've raced each other our whole lives and we know where we rank ourselves amongst one another.

"Knowing that we do have the level to do a good job in Formula 1 against guys who have been here for 5-10 years and more is a great feeling and I think having raced one another all our careers since the age of 12-13, we've pushed each other.

"I saw things that Max [Verstappen] and Charles [Leclerc] did that I probably thought I need to do, they might have thought the same with us.

"Likewise, Lando was just below me and Alex was a bit ahead of me, Lando probably looked up to us, I looked up to Alex a little bit when he was in senior karting and I was in junior karting."

Why Hamilton sees Wolff partnership as one of F1's best

Wolff: Ironing out mistakes most critical thing for Russell