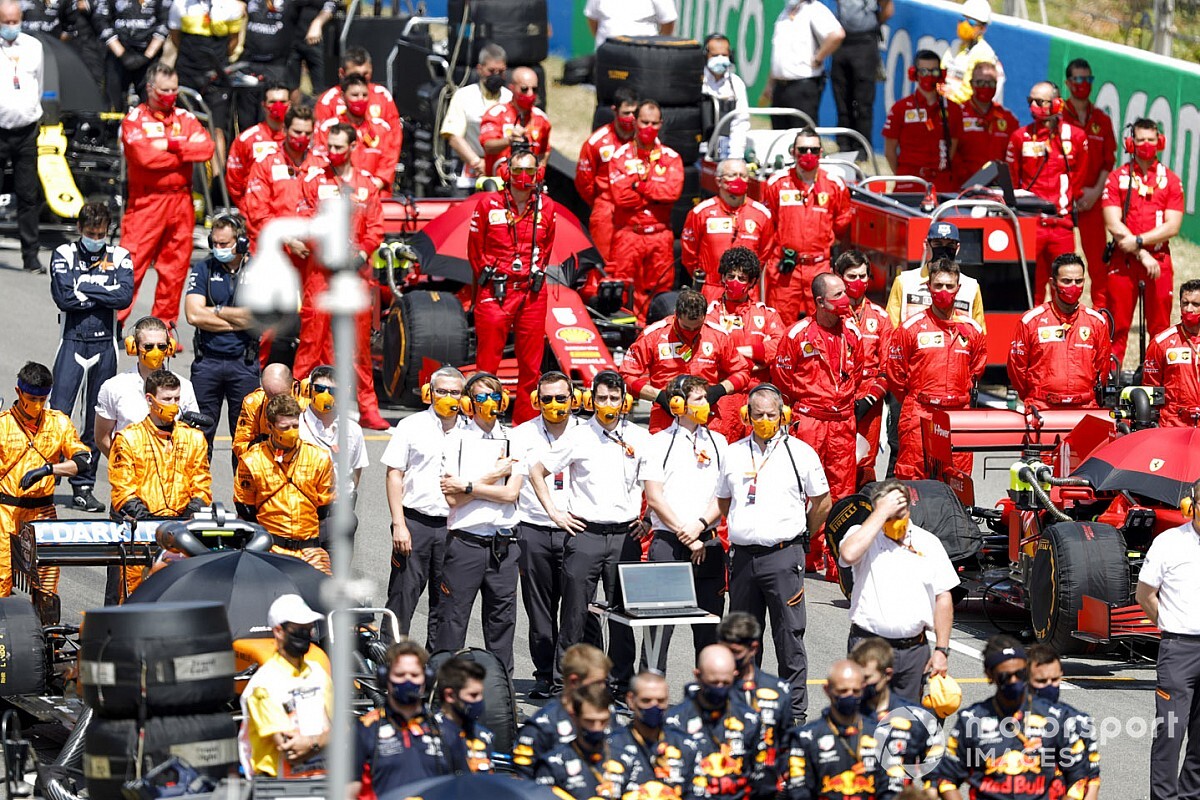 Each Formula 1 team will be allowed to have 10 extra personnel in the paddock from this weekend's Belgian GP.

The change coincides with the return of the teams' own hospitality buildings at Spa after they were obliged to use temporary facilities provided by the circuits, and a central catering provider, for the first six events.

As part of the preparations for the return to racing under the FIA's COVID code of conduct,  it was agreed prior to the season to restrict each team to just 80 people for "closed" events, formally defined as those with no spectators.

That number includes the long-established figure of 60 people associated with the operation of the car and who are subject to curfew restrictions. The remaining 20 are accounted for by drivers, management, physios, PR/marketing personnel and anyone else associated with the team.

After six races, the teams have agreed to return to using their own hospitality facilities and own catering service, so to allow for the extra staff required the headcount per team has been bumped up to 90.

That number has now been formally approved by the World Motor Sport Council and added to the sporting regulations.

In another update to a rule introduced this year, some flexibility has been built into the tyre allocation regulations.

In order to make life easier for Pirelli and due to the uncertain nature of the calendar it was agreed before the season that all drivers would have an identical allocation for each race, namely two sets of hards, three sets of mediums, and eight of softs.

The rule specifying that has been tweaked and now begins "unless otherwise determined by the FIA and with the agreement of the supplier".

The main reason for the change is to deal with the two-day event at Imola, but it will allow for alternative allocations to be nominated elsewhere if deemed necessary.

A third change confirmed by the WMSC is the ban on testing of old cars at tracks newly-added to the schedule, as previously revealed.

The rule has been framed by specifying venues added after October 4 last year, when the original calendar was published.

The ban extends to V8 demo machinery as it applies both to testing of previous cars (TPC, those from 2016-2018) and testing of historic cars (THC, those from before 2016).

The new rule reads as follows: "TPC and/or THC is not permitted on any track that has been included in the 2020 Championship calendar after 4 October 2019, save for where an event has been completed at that track in 2020."

Leclerc: Spa return will be "difficult" after Hubert death