Mercedes junior George Russell believes he is putting pressure on his backer and other teams to find him a Formula 1 seat next season.

The Formula 2 championship leader has earned three poles and four victories in the support category, and backed that up by topping F1’s post-Hungarian Grand Prix test last week with Mercedes.

Russell is on the fringes of F1’s driver market merry-go-round, with his future appearing to rest on whether Mercedes is able to create a space for him at one of its customers teams, Force India or Williams.

Asked by Motorsport.com how he felt his bid to put pressure on those around him to help him into F1 was going, Russell said: “I think it’s going well. As a team, with ART, we’re doing a good job and I’m really able to show everybody what I’m capable of.

“I think it’s definitely putting pressure on the likes of Toto [Wolff, Mercedes F1 boss] and other teams on the grid that they need to look at me.

“From that side I’m pleased with how the season’s going, and all I can do is keep on trying to impress and put pressure on these teams.”

With fellow Mercedes junior Esteban Ocon missing out on a probable Renault move thanks to Daniel Ricciardo’s shock switch from Red Bull, Russell faces more competition for a seat than expected.

However, he is hopeful that “some heads have turned” thanks to his efforts in F2 and believes teams will not be frightened to work with him as a rookie.

“I need to keep on doing what I’m doing,” said. “If I keep on winning, if we keep on doing stellar performances, teams are going to be interested.

“Formula 2’s credit has gone up massively since Charles [Leclerc] has done a fantastic job at Sauber.

“In the past few years F1 has changed with the likes of [Max] Verstappen and Ocon coming in and proving they can do the job.

“I feel ready. I don’t think there’s a huge amount more we need to be doing. Just keep on performing, keep on winning.”

Russell said testing with Mercedes offered him chance to show a different kind of skillset to the manufacturer, and by extension other teams.

“I think they are looking for adaptability between sessions and for the driver to recognise what he needs to do,” he said.

“If I need to go quick, I can go quick. If they need me to be consistent and do a run of 12 laps within half a second or whatever I can do that, over and over again.

“Outside of F2, this is something good I can try to prove to them.” 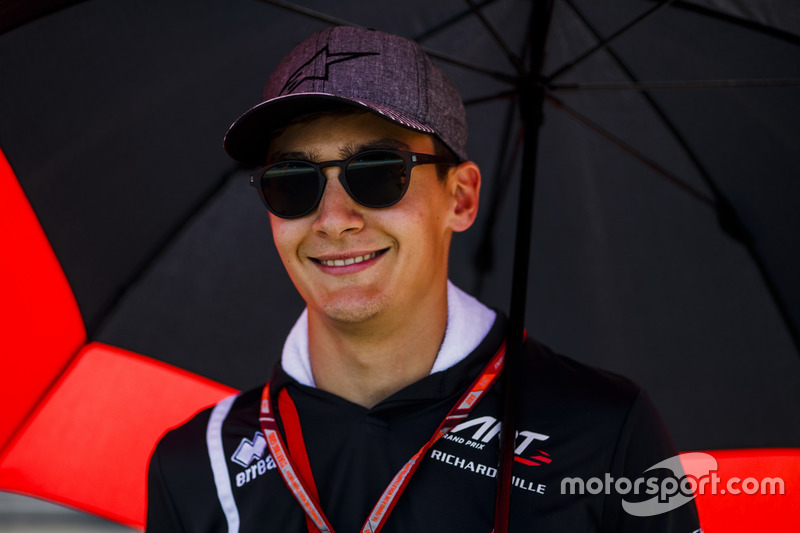 Who's who among Force India's new owners