Russell made call that led to Williams F1 drive 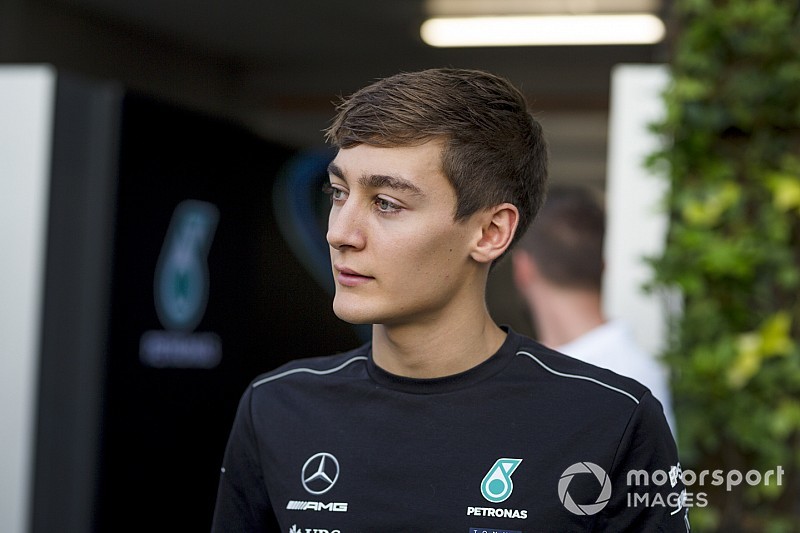 George Russell has revealed he called Williams chief technical officer Paddy Lowe before this year’s German Grand Prix to request a meeting with the team over a Formula 1 drive.

Formula 2 championship leader Russell was announced as a 2019 Williams F1 driver on Friday, a deal he started pushing for back in July.

Mercedes junior Russell and Lowe briefly worked together before Lowe left the manufacturer to join Williams for 2017 and Russell used that link to lobby for an F1 seat.

Russell told Motorsport.com: "My first contact with them was about two weeks before the Hockenheim race.

"I had a phone call with Paddy and I told him, 'I want to be in Formula 1 next season and I want to be in a Williams, can we have a meeting with yourself and Claire and discuss the matter further?'.

"That was the real point I knew things were moving in Formula 1 and I needed to get in there before I missed an opportunity.

"It was probably the Hockenheim weekend [that was] the first indication or point of contact with Williams and things started progressing from there."

Russell has been supported by Mercedes since 2016 and tested for the title-winning squad in Hungary last year and again this summer.

While Mercedes boss Toto Wolff has talked up the 20-year-old, he has made it clear it would not simply pay for its juniors to find an F1 seat – a situation that also impacts Esteban Ocon, who is likely to spend 2019 on the sidelines.

Russell said it was important for him to be proactive in securing his F1 graduation.

"I always feels it is better off coming from the horses mouth, rather than the likes of Toto or whoever from Mercedes making that point of contact for me," said Russell.

"As I knew Paddy from when he was at Mercedes we had a bit of a relationship, so I was more than comfortable picking up the phone with him and arranging to meet himself and Claire."

Mercedes told Russell he would get an F1 opportunity if he produced the right results, and the Briton is now on the brink of clinching the F2 crown.

Russell believes his strong form in the feeder series – six wins and four poles, more than any other driver – has "100%" been a factor in winning over Williams.

"When you're in the negotiation period coming off the back of bad weekends it's difficult to sell yourself," he said.

"When you're come off the back of a race win, as the saying goes you're only as good as your last race.

"If you're winning the race in pivotal moments it helps a huge amount."

Wolff says he will not interfere in Mercedes strategy calls