Pirelli has completed its final two days of 18-inch Formula 1 tyre testing this year, with Mercedes and George Russell completing the 2019 programme in Abu Dhabi. 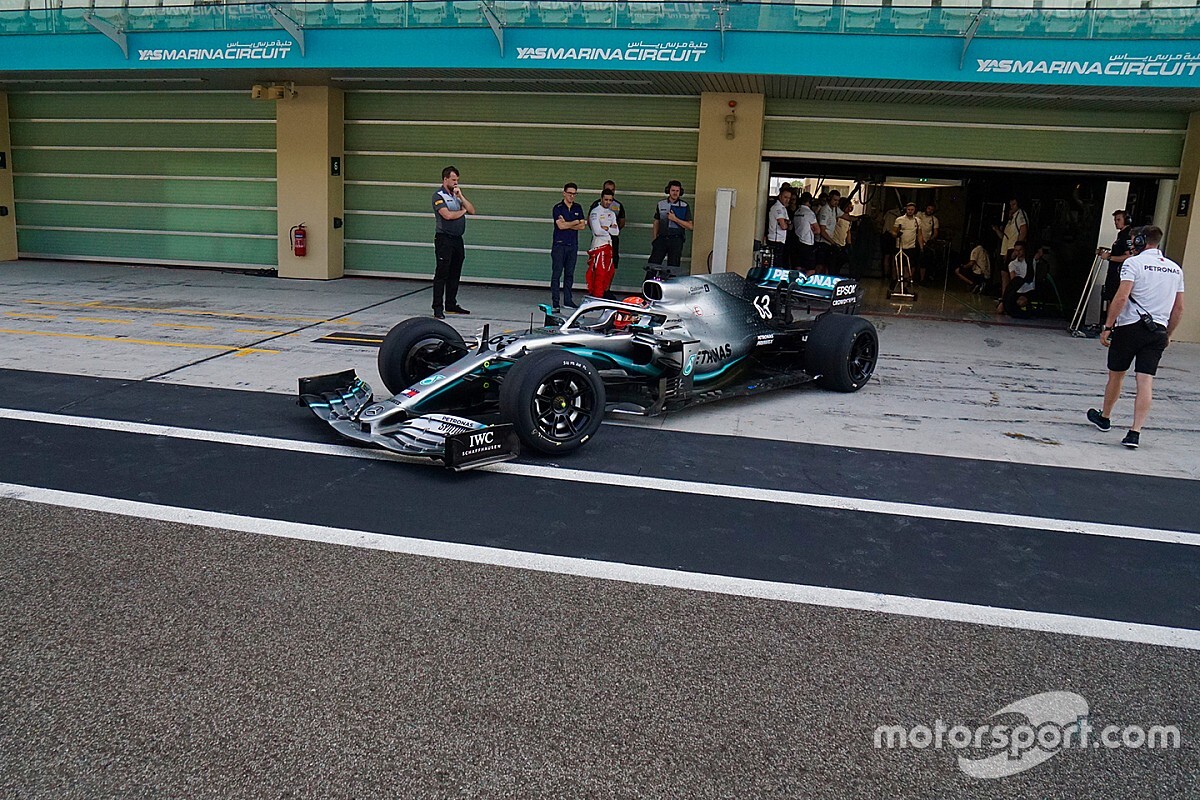 Williams race driver Russell, returning to the wheel for Mercedes after driving its 2019 car in the official post-season test last week, completed more than 200 laps over Sunday and Monday at the Yas Marina circuit.

Sunny weather allowed Russell to complete 100 and 118 laps on the two respective days as Pirelli's 2021 development testing came to an end for the year.

McLaren's Carlos Sainz and Lando Norris were the race drivers to test Pirelli's 18-inch tyres, when they tested at Paul Ricard last month, completing more than 100 laps between them.

The programme will increase to 25 test days in 2020, and comprise all 10 teams, before the definitive 2021 tyres are used in a three-day group test following the Abu Dhabi Grand Prix.

Wolff: Ironing out mistakes most critical thing for Russell