George Russell’s chances of gaining more Formula 1 experience this season are uncertain after turning down a Force India practice chance at Monza to focus on his F2 title bid.

Russell has tested for Mercedes and Force India this season and was due to make his first FP1 outing of the year with the latter’s replacement entry ahead of the Italian Grand Prix.

However, he is locked in a fierce F2 championship fight with McLaren protege Lando Norris and is unlikely to take part in a grand prix weekend until that is resolved.

“I was meant to be driving in FP1 for Force India this weekend,” Russell told Motorsport.com. “In this tense title battle at the moment, we preferred to put more focus on F2 really.

“We did FP1 with Force India in Abu Dhabi last year [while Russell’s GP3 title was undecided] and still put it on pole afterwards, [so] I don’t think it would have affected me too much.

“You can get so caught up in the F1 dream that you forget what your priorities are. Formula 2 is my priority.

“I don’t know if we’ll do another FP1 later in the season or not, but nevertheless I think Mercedes have my best interests at heart. I have full confidence they are doing everything in their means to secure my future in F1.”

There are two more F2 rounds this season, in support of the Russian and Abu Dhabi GPs, with Russell leading Norris by 22 points.

Russell, who is also Mercedes’ reserve driver, will not have F2 duties on the five other remaining F1 weekends in Singapore, Japan, the United States, Mexico and Brazil.

He said he did not know for certain if he would do FP1 later in this season but his argument for not pursuing his chance at Monza and Mercedes team boss Toto Wolff’s own comments suggests it is unlikely.

“That was his call actually,” said Wolff. “He thought doing FP1 once in an F1 car was quite a distraction.

“I think it is a sensible call not to be too distracted from the limelight of F1 and would rather concentrate on the current job and this is F2.”

Russell’s F1 prospects for next season appear to have dimmed as a result of Force India’s collapse and revival as a new entry and the driver changes that has sparked.

Lance Stroll will move to Force India from Williams as his father Lawrence led the consortium behind the ‘new’ team, with Sergio Perez expected to remain on board as his teammate.

That means Russell’s fellow Mercedes junior Esteban Ocon will be ousted, and finding him a seat to stay in F1 will take priority over Russell being promoted.

Russell’s best shot appears to be with Williams, but there is mounting speculation that his F2 rival Artem Markelov could head there as part of an all-Russian line-up alongside Sergey Sirotkin. 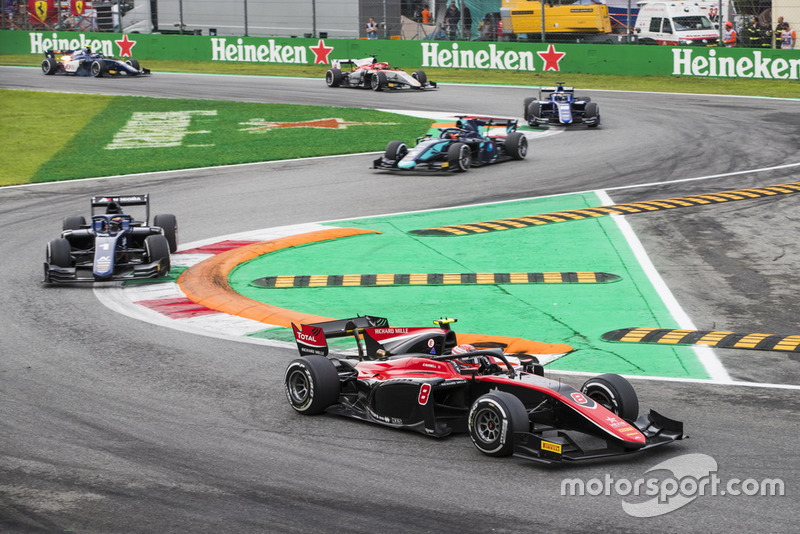