Williams Formula 1 driver George Russell says he remains focused on helping his team secure eighth in the championship and thinks it would be "unprofessional" to start thinking about his move to Mercedes next season.

After being loaned out by Mercedes to Williams for three seasons Russell will finally move up to the Brackley outfit in 2022, replacing Valtteri Bottas as Lewis Hamilton's teammate at the works team.

Ever since the deal was announced in September, Russell has received plenty of questions on his impending move, but the Briton says it would be "unprofessional" to be thinking ahead already, while his current team is still embroiled in a tense scrap over eighth place in this year's constructors' championship.

"Obviously, I get asked a lot of questions regarding the Mercedes move next year, but I think it is unprofessional if I start thinking ahead too quick or too early," Russell said when asked if his Mercedes move was already on his mind.

"I am giving as much effort into this season and the remaining races as I ever have." 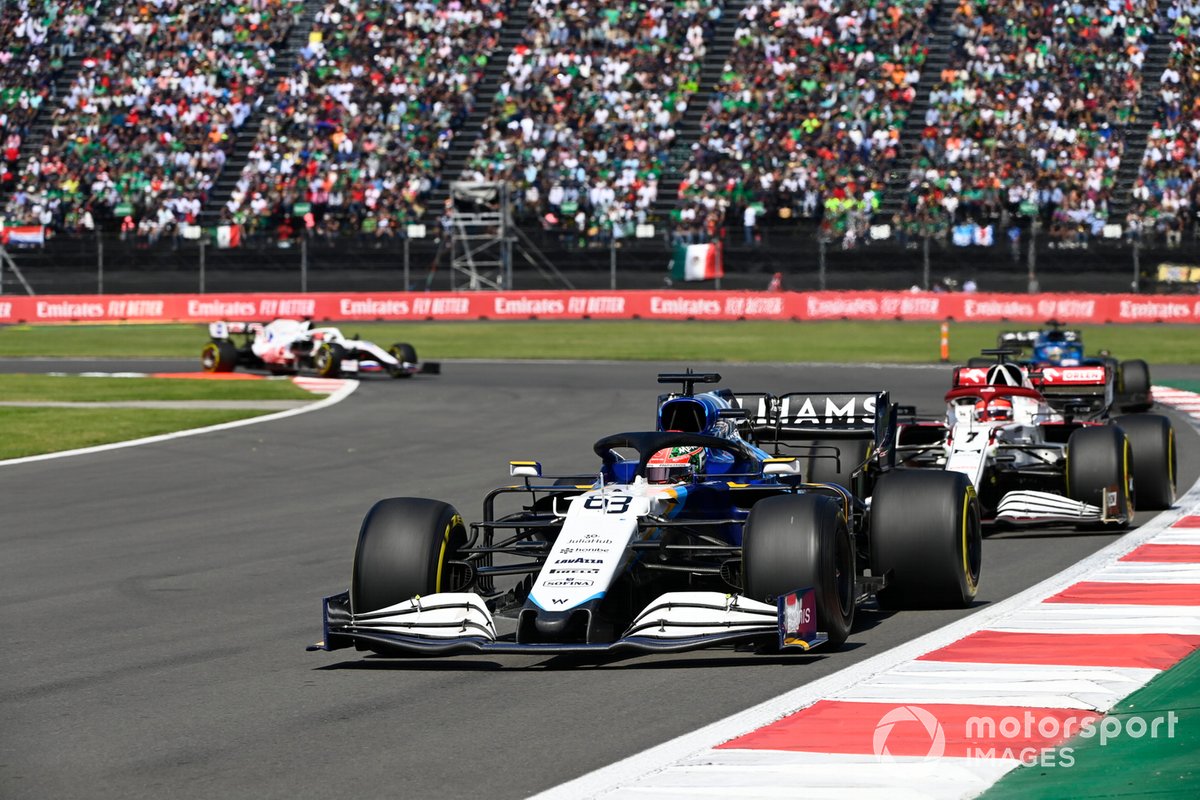 After trailing Alfa Romeo for the first half of the season, Williams jumped clear by virtue of a double top-eight finish for Russell and teammate Nicholas Latifi in Hungary.

That breakthrough weekend was followed after the summer break by Russell's maiden podium in a rained out Belgian Grand Prix, in which only half points were awarded and Russell scored nine points, Williams bagging a massive 20-point haul in two consecutive races.

But thanks to two eighth places for Kimi Raikkonen Alfa has brought the gap down to 12 points, trailing 23 to 11, meaning the fight with Williams is wide open again with four grands prix left to run in the 2021 season.

"I want to make sure that we seal this P8 in the championship but obviously Alfa picked up four more points now," Russell added after leading home Latifi in a distant 16th place in Mexico, the pair finishing outside the points for a third consecutive race.

"I don’t know what happened to Antonio [Giovinazzi] as they were both in the points at one point. So that is our goal now, to try to score some more points and try to stop them scoring points."

Aston Martin expecting Fallows on board by start of 2022 season

The ‘emotionally brutal’ F1 moments that made Russell stronger