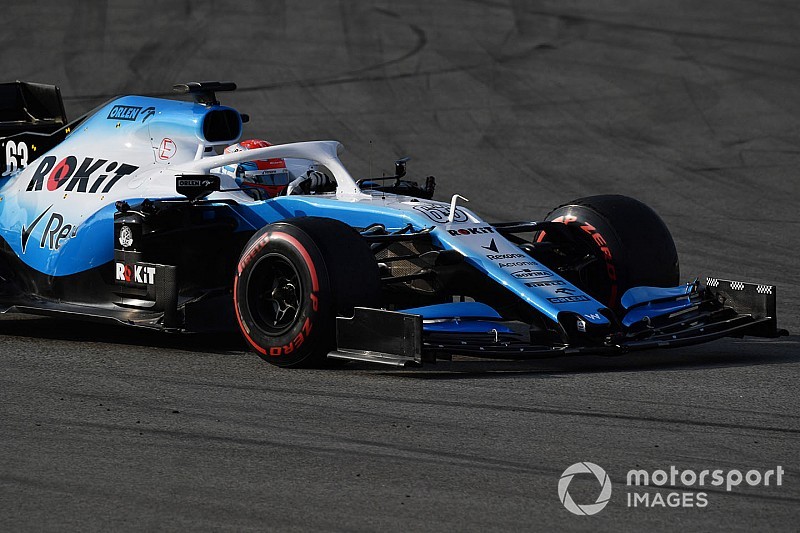 George Russell says the delayed new Williams FW42 gave him a "good feeling" in Barcelona Formula 1 testing on Thursday, but he acknowledged that he has not yet explored the limits.

The FW42 arrived late to pre-season testing, logging its first laps on the afternoon of the third day and ending the first test week well short of the mileage accrued by every one of its rivals.

After debuting the car on Wednesday, Russell took over from Robert Kubica in the afternoon of the final day, and, like Kubica, he ran laps with the car fitted with an aero rake for logging data.

Russell did also get to run in a normal spec, although his final lap total for Thursday was just 17.

"It felt quite nice to be honest, it felt stable, and I had a good feeling from it,” said the Englishman. “At the moment I’m not fully on the limit, I still don’t know the limits of the car.

"I’m not going balls-out attack to know where that is yet.

“Until I fully wring everything out of it it’s going to be difficult to know where we’re at and the full limitations or where we need to improve.

“It was very important to get some mileage under our belt, and just get a feel for the car really.

"Although I’ve only done about 11 proper laps with the car it still gives us a good understanding of where we’re at, the limitations, and what we need to work on for next week.”

Russell's best lap was 3.6 seconds off the pace set by Renault's Nico Hulkenberg, and 1.3s off the next-slowest car - the Racing Point RP19 of Lance Stroll.

Like Kubica, who said that the FW42 was running in a "compromised" state, Russell admitted that the team is not yet fielding the definitive 2019 car.

“It’s definitely not in its full state let’s say, we’ve definitely got some work to do just to optimise everything. Because it was all last minute, things weren’t 100%, and it was a matter of just trying to get the car on track in whatever means possible, really.

“That was important enough in itself. I think we just need to work hard over the weekend to make sure we hit the ground running on Tuesday next week, and try and rack some miles up.

“Obviously we are a step behind the others just in terms of experience, I’ve got full faith in the guys, and we need to make the most of it now.” 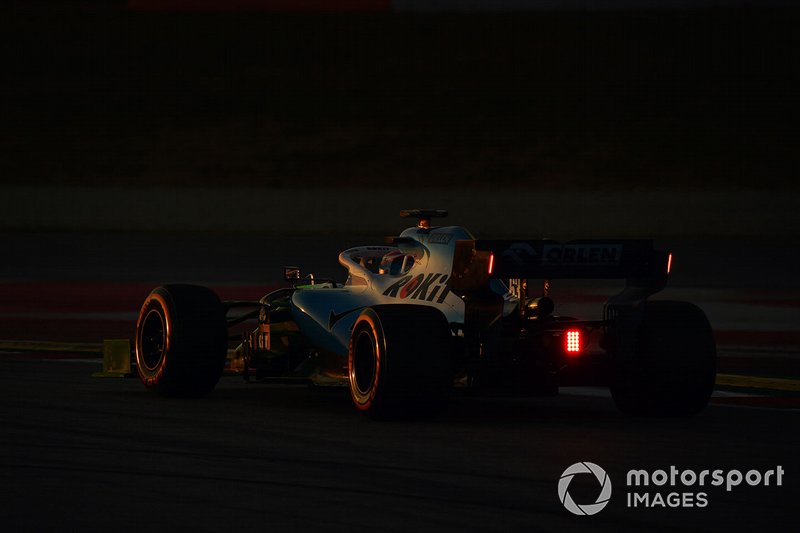