Haas F1 rookie Nikita Mazepin looks set to race under a neutral flag for the next two years following confirmation that an anti-doping ruling against Russia would extend to Formula 1. 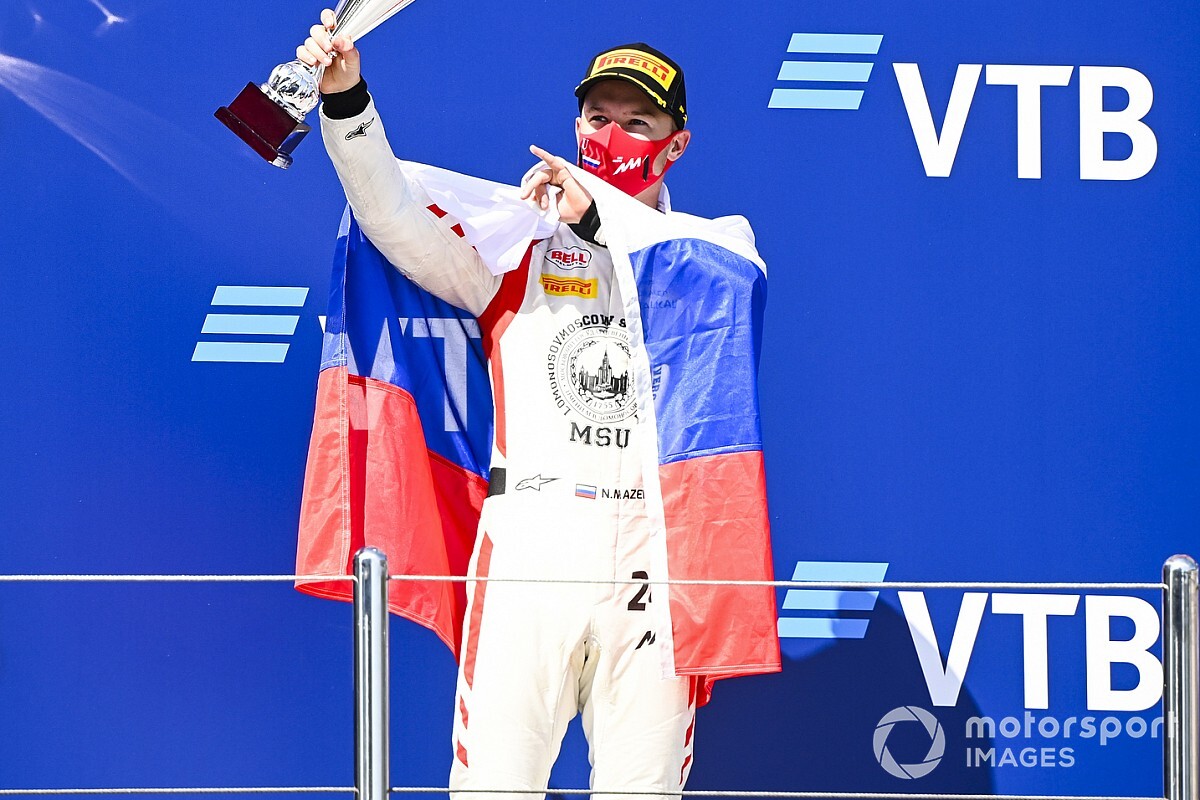 The Court of Arbitration for Sport (CAS) announced in December that it had upheld a ban on Russia from competing at world championship sporting events, relating to state-sponsored doping and cover-ups at the 2014 Winter Olympics in Sochi.

CAS confirmed that it had cut the four-year ban proposed by the World Anti-Doping Agency (WADA) to two years, meaning there will be no dedicated Russian team at the upcoming Olympic Games or the next FIFA World Cup in 2022.

The Russian Automobile Federation has now announced that it received clarifications from the FIA concerning the CAS ruling this week, confirming it would impact drivers competing in world championship series. It means that Mazepin, who will make his F1 debut this year with Haas after stepping up from F2, will be forbidden from racing under the Russian flag for the next two seasons.

Russian drivers in all of the FIA’s world championships – including Formula E, WRC, WEC and WRX – will also be prohibited from using national emblems, flags or symbols, as well as the word “Russia” or “Russian”.

They may also use the acronym RAF, which stands for ‘Russian Automobile Federation’, and they can still use the colours of the Russian flag. The decision also forbids the playing of the Russian national anthem at FIA events, meaning it will not be played ahead of the grand prix in Sochi, nor for any Russian victory during the podium ceremony.

Spectators will still be permitted to bring Russian flags into official FIA competitions, while Russian officials are also still permitted to attend sporting events. President Vladimir Putin has been a regular guest at the F1 race in Sochi since it was added to the calendar in 2014.

It would appear that Ferrari junior driver Robert Shwartzman will be permitted to still race under the Russian flag in Formula 2 as it is not an FIA world championship, putting it outside of the CAS ruling. The CAS decision is valid from the initial ruling date, and lasts two years until 16 December 2022.

The Russian Grand Prix is set to be unaffected by the ruling despite a previous WADA ban on the country hosting sporting events during the sanction period, should the race not be cancellable due to contractual clauses.

The race organiser, Rosgonki, said following the initial WADA ruling in December 2019 that its contract was in place until 2025, and that it was “confident that the Russian Grand Prix will take place in 2020 and subsequent years”.

The FIA has been contacted for comment regarding the RAF statement.