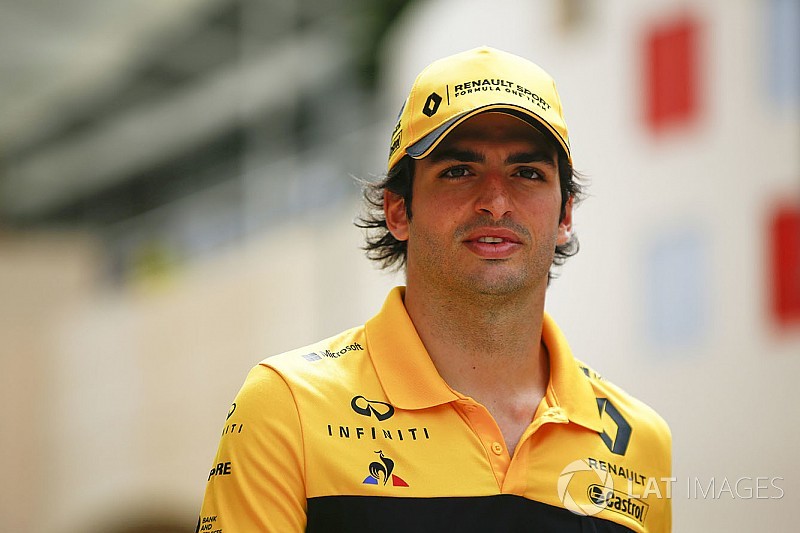 Renault’s Carlos Sainz has revealed that eating a “poisoned” banana added to his discomfort during the Australian Grand Prix, while he fought off Force India’s Sergio Perez for 10th position.

Sainz had said after the race that it was his malfunctioning drinks bottle that had caused him to “nearly vomit” inside his helmet.

But, speaking to reporters in Bahrain, he admitted a banana that he’d eaten half an hour before the race in Australia also contributed to his gastric issues.

“The valve of the drinks bottle was open so it was flowing water through that, and that together with a banana I had before the race that was tasting really, really bad,” he said.

“I had a couple of bites and I think it gave me a bit of [a] digestion problem, and together with too much water in the stomach, it was all stuck and I was struggling to digest.”

When asked if he wouldn’t eat a banana before Sunday’s Bahrain Grand Prix, he joked: “Not more poisoned bananas! It was a s***ty one definitely.

“Believe me, I am not the happiest man – it is a small detail that can change the outcome of the weekend. And to be unlucky in that regard is a bit of a pain, but that is why I am looking forward to this race so much.”

Sainz also explained that he couldn’t stop drinking the water, as it would interfere with the microphone equipment inside his helmet.

“If I stopped drinking then the microphone in my helmet would get wet and I would lose communication on the radio, and all my suit was getting wet,” he added.

“At one point, because I was feeling bad, I took the tube out of my mouth, but that was [only] part of the cause – but mainly the digestion problem from the banana I had half an hour before the race.”