Sainz "confused" by instability issue during 2018 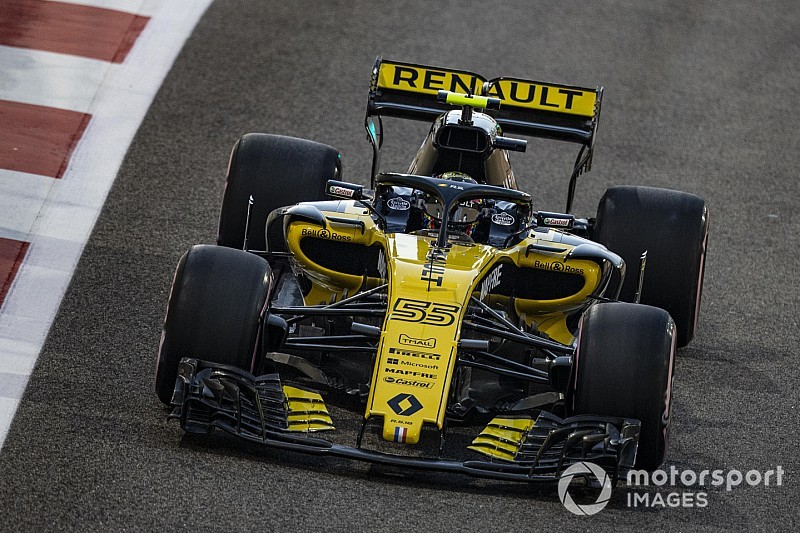 Carlos Sainz has admitted that he spent 2018 'confused' by an instability issue with his Renault that dogged his performances in qualifying.

The Spaniard, who is switching to McLaren next season after his former team swooped for Daniel Ricciardo, has revealed that he never fully got on top of why he struggled when it came to extracting the best single-lap pace.

"When it comes to finding the limits of the Renault car, it was where I tend to struggle a bit," said Sainz, when asked by Motorsport.com to evaluate his performances this year.

"I apply just a bit more brake pressure, and I pick up a bit of instability. It's just this thing I've been trying to level out the whole year: trying to pick up the stability when you really try to push the limit, that this car doesn't give me.

"So, yeah, I'm a bit confused by that. It's been the whole year playing a bit cat and mouse with the balance of the car."

Sainz says the instability problem first came to light early in the campaign, and when he was able to make progress and cure the issue, it had consequences on his overall speed.

"It has confused me a lot during the year," he said. "I've been playing a lot with set-ups to take it away, but sometimes I was having to do too many compromises to find the right stability.

"In general, I haven't really managed to take it away 100 percent, I've never been comfortable in qualifying to extract the last two tenths.

"It is true in some qualifying sessions I managed to do a good job, and I've been very consistent; always in Q3, always very close to the limit, but never able to find that one tenth I could extract out of the Toro Rosso or other cars."

Although Sainz was able to deliver a decent chunk of points, he says that the qualifying issue – plus some bad reliability at times – left him feeling as though the campaign did not go as well as he had hoped.

"So I'm in two minds about this season. For how comfortable I was with this car, for how not so happy I was, I think I've been able to extract everything from it.

"The weekends where we could have got a lot of points, like in Paul Ricard and Mexico, we did a have a big reliability failure which didn't allow us to be a bit higher up in the championship and score some more points for the team. So I'm in two minds.

"I know that with what I've done on a personal level, it's quite good, but I'm disappointed to have not found that mojo with the car I used to have in the Toro Rosso or in World Series, to be an exceptional qualifier."

F1 to use artifical intelligence TV graphics in 2019

How F1 teams really performed in 2018