Carlos Sainz fears Toro Rosso is already starting to pay the price for running a 2015 F1 engine that is not being developed anymore.

The Faenza-based squad secured a last-minute deal to switch from Renault to Ferrari engines for 2016, but the 11th-hour nature of the deal meant the team had to fit last year's power unit.

Toro Rosso ruled out switching to the 2016 engine, because it would mean having to build a whole new car to accommodate it.

Sainz, who had admitted before the season that he expected this moment to arrive, reckons his team is already suffering.

"We knew it would come and I think it came already a couple of races ago, but I think our performance was really good at Silverstone, really good in Austria," said Sainz.

"In Budapest we managed to hide it. In the last three races we have been struggling a bit more, having to experiment a lot with the set-ups to compensate for this."

Slowest car on the straights

Toro Rosso introduced a big upgrade to its car in the German Grand Prix, but the team struggled for pace and failed to score points.

Sainz says the lack of power from the engine meant Toro Rosso was forced to run without the downforce-generating updates.

"It's an upgrade to produce downforce, but we can't put downforce on the car because we are clearly the slowest car on the straights by far," the Spaniard added.

"We've calculated and we are losing more than a second in total on the straights.

"We are having to run really, really low downforce. So it doesn't matter if you bring updates for downforce in your car if you can't run them because of the lack of power, so you are still in the same position.

"It worked, we just can't put all our beans on the car at the moment."

The Spanish driver fears some of the quickest circuits coming after the summer break could prove an ever bigger challenge for Toro Rosso, but hopes the team can be competitive even there.

"Maybe we'll get a surprise because when we went to Canada and Baku, since everybody needs to lower the downforce of their car, then we can still be competitive in the corners.

"Maybe when we go to Spa or Monza everybody has to take off the downforce and maybe we lose on the straight but we gain in the corners."

For Toro Rosso merchandise, click on the image below... 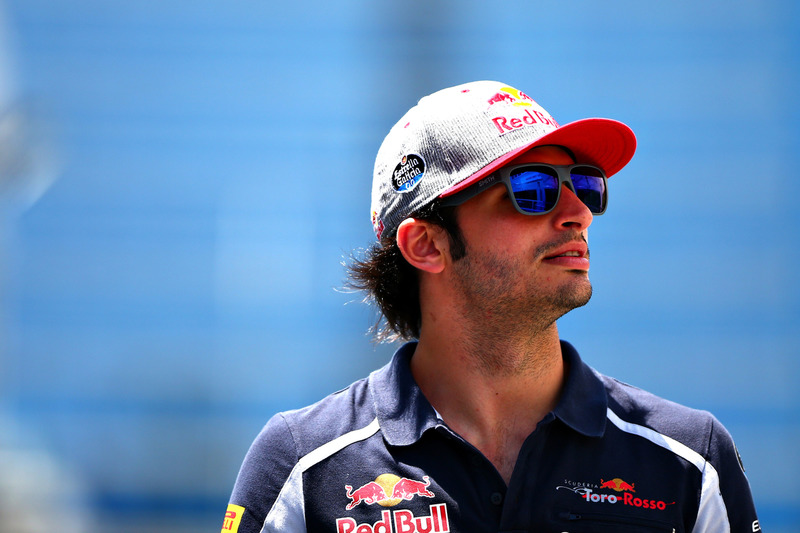 Manor insists no deadline for Haryanto