Sainz hopes McLaren will "remember" how to win

Carlos Sainz is hopeful McLaren will "remember" how to win again because he has "a lot of trust" in Formula 1's second-most successful team. 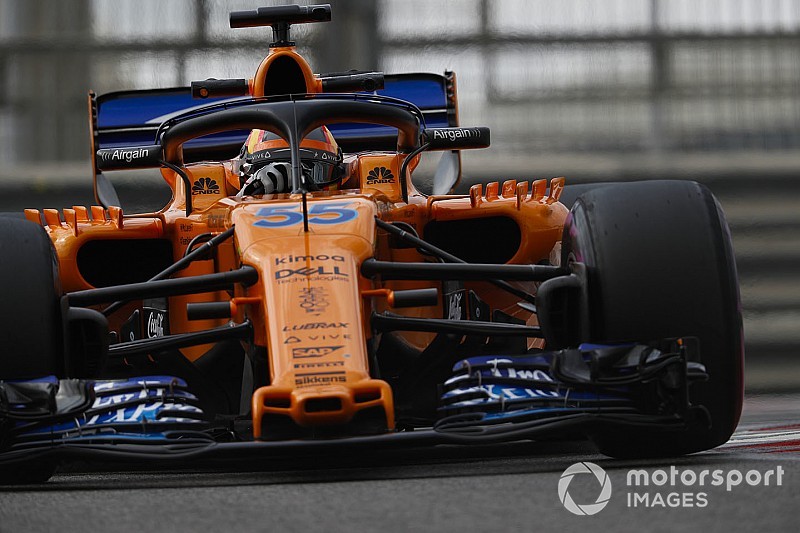 McLaren has won 182 races and sits only behind Ferrari (235 victories) in the all-time list, but has suffered six winless seasons and not scored a podium since the 2014 opener in Australia.

Its 2018 season was blighted by an inherent aerodynamic problem the team claims to have understood for a fresh start in 2019, when Sainz joins alongside Formula 2 graduate Lando Norris.

"I want to see better results than this year," said Sainz of what would represent progress in 2019. "They also want to see it.

"Also [we want] evolution through the year. It's a bit of everything. McLaren are perfectly capable of that. That's why I'm going there.

"I have a lot of trust in the second most successful ever F1 team. They've won [before], hopefully they will remember how to do it [again].

"Little by little, in a mid-term project, they start going back to the top."

McLaren has had to do some soul-searching over the last year as it emerged its chassis was not up to standard following the switch to Renault power.

It had spent most of the previous three seasons criticising engine partner Honda for a lack of performance and reliability holding it back.

McLaren has shaken up its leadership and technical structure in its bid to return to winning ways and Sainz said he sees the project as "a bit of both" medium-term planning and the chance to rise up the order quickly.

"I want, as a driver, but also as a fan, to see the team going forward," said Sainz.

"So, if we manage to get a good first year next year and a good head start on how things are going to evolve I really think I can create a family out of McLaren and spend a few years there.

"That's my target at the moment. I'm going there going year-by-year, but also thinking about trying to be one of the key factors helping McLaren go back to the top.