McLaren now knows why it struggled in Spain's Monaco-like S3

Carlos Sainz says McLaren’s sector three struggles at the Spanish Grand Prix were made worse by a problem on his car that only emerged in the post-race test. 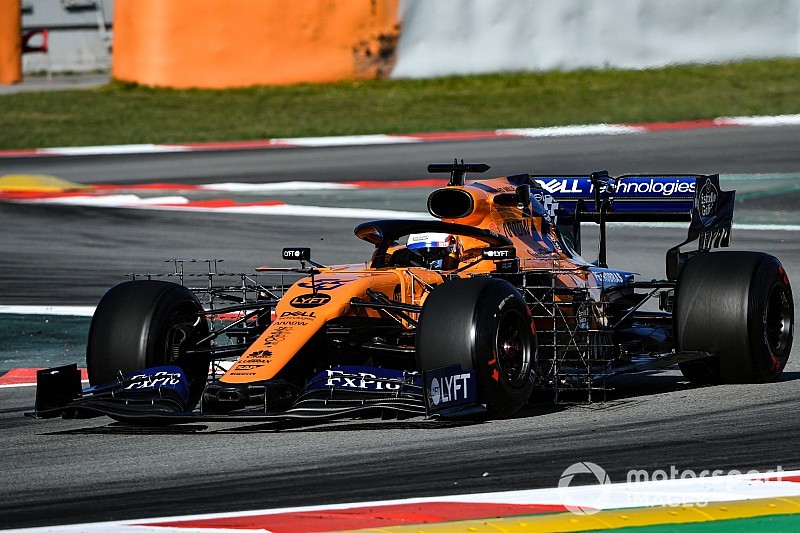 The Woking-based outfit had hoped that a major upgrade it introduced for the Barcelona event would allow it to challenge near the front of the tight midfield pack, but neither Sainz nor teammate Lando Norris made it through to Q3.

Swift pit stops and a good strategy call during the late-race safety car helped Sainz grab points in Barcelona, but the team was still mindful that it had not been quick enough in the third sector in Spain that offers a good indicator of expected Monaco form.

But concerns that its lack of pace there could point towards a difficult Monte Carlo weekend have been eased by the outfit finding out that something was amiss in Spain.

“In Barcelona, we learned a lot from that test,” explained Sainz. “We obviously analysed what happened in qualifying and the race, and we understand why particularly in our case we were missing a lot of performance in the last sector.

“We found an issue, we found a problem, and hopefully it will bring us to good spirits here knowing that the car was not at 100% back at Barcelona.”

Pushed on whether the discovery was linked to a wrong set-up or something actually broken, Sainz did not wish to elaborate.

“I cannot go too much into detail," he said. "There was something not working as it should.”

The discovery of the Spanish GP problem has left Sainz more hopeful for McLaren’s prospects for Monaco, although he admits there is great uncertainty about whether his car will be well suited or struggle on the tight circuit.

“It’s another one of those tracks that has been good for me in the past,” he said. “There is a bit of a question mark this year more than others due to this tight midfield and this big [swing] of performance that we have from China to Baku to Barcelona.

“Here there is not one solid midfield team dominating at the moment and that probably makes us wonder what will happen in Monaco. We’ve been consistent, we’ve been doing some good Sundays lately so hopefully we can keep that up."

He added: “The low speed hasn’t been our strength this season, so then you would say why are you strong in Bahrain? Bahrain there were a lot of long straights and hairpins where we know we are good at. But consecutive low-speed corners, we haven’t been at our best.

“We can see China, long corners, we were not at our best. That is why Monaco is a question mark. It is short, sharp corners, but it is low speed so we don’t know if we will behave like in Bahrain or like in Barcelona last sector.

"That is a big question mark for us and hopefully we will know on Thursday. In FP2, I will start to know what we are looking at.”