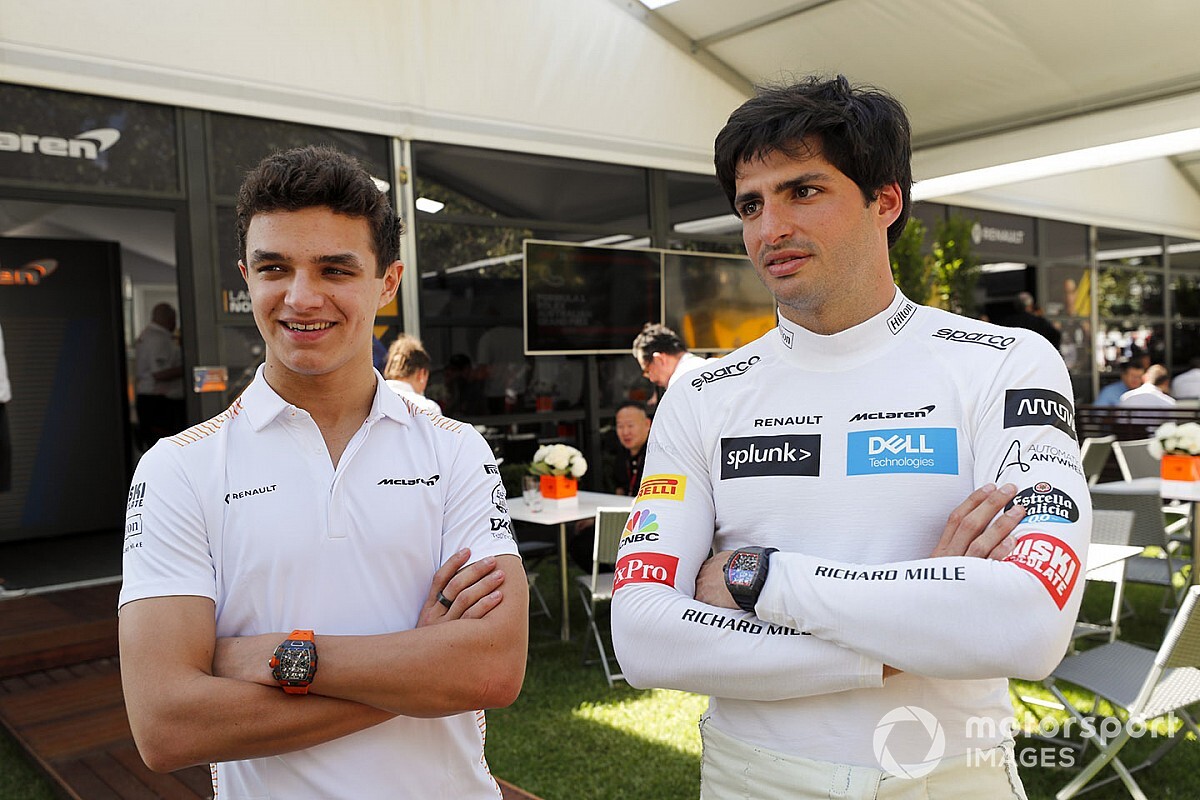 Carlos Sainz says there is no problem with Netflix dramatising rivalries and battles in Formula 1 as the Drive to Survive series continues to boost the sport's popularity.

The second series of Drive to Survive came out at the end of February, following a number of drivers and teams with unprecedented behind-the-scenes access through the 2019 season.

Sainz's campaign gained particular attention from the Netflix cameras, with one of the early season episodes following the McLaren driver over the Azerbaijan and Spain race weekends.

The episode entitled 'Dogfight' hyped up a battle between Sainz and Renault driver Daniel Ricciardo over the two weekends as they looked to lead the midfield fight.

Asked by Motorsport.com for his thoughts on the second season of Drive to Survive, Sainz said that while it exaggerated the rivalry with Ricciardo, he was pleased with what it was achieving for F1 as a whole.

"It was good, I enjoyed it," Sainz said of the season. "Probably the rivalry with Daniel was a bit exaggerated, as you guys might wonder.

"So even if they sometimes exaggerate the rivalry a bit, I still welcome it, and I think it's a great thing for F1. And why not dramatise everything even further? I think it's fine."

But he agreed with Sainz that it did not tell the complete story, with both his and Haas's season-long struggles gaining the focus of the second episode of the season.

"When you know the world from inside, it doesn't show everything," Grosjean said. "Some teams have been more open than others. But I like it, I think it's great.

"If you ask me about the Haas episode, I would have liked to see a little bit more of the hard work from the boys behind the scene, because we all see the terrible situation that we're in.

"I believe they could have been shown a little bit more of the actual work that was done to try to jump out of the hole. I guess it wasn't in the scenario."