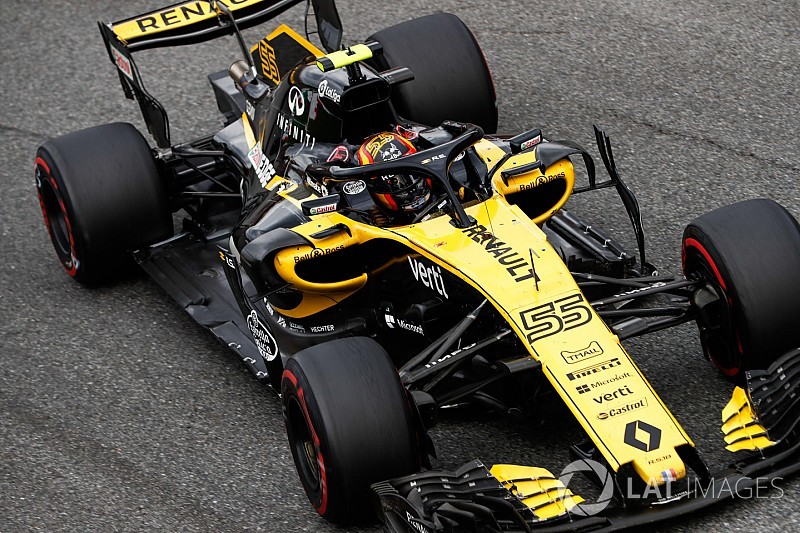 Carlos Sainz believes Renault will "finally make an engine at the level of Mercedes and Ferrari" next season after its latest Formula 1 upgrade made its debut in Italy last weekend.

Sainz, who will leave the Renault works team to join its other customer McLaren in 2019, says the manufacturer should be encouraged by the Spec C’s debut.

“The C-spec is the baseline of next year's engine,” said Sainz.

“It looks to be working well in the Red Bull, and they look pretty pleased with that.

“That's a good step. It's a shame that we didn't have it this year because it would make our life a lot easier against the Haas and against the Force Indias.

“I have faith that Renault is going to finally make an engine at the level of Mercedes and Ferrari.

“Together with that partnership with McLaren I hope to have a better year than this one.”

Verstappen almost scored a podium at Monza after keeping Valtteri Bottas’s Mercedes behind on-track through the entire grand prix.

However, the Dutchman also declared earlier in the weekend that Renault was costing Red Bull about a second in performance at the Italian circuit.

Sainz, who like team-mate Nico Hulkenberg is sticking with the Spec B engine because Renault has reliability concerns over the Spec C, said anything Renault can learn from Monza will not be applied during the current campaign.

“We won’t have many more developments on the engine side, we need to focus on the car,” said Sainz.

“It’s good that they [Red Bull] run it because the engine guys can learn from that and put the findings into next year’s development.”

The Renault team holds a slender lead in the fight for fourth in the constructors’ championship, but only because it protested the Haas of Romain Grosjean at Monza.

Grosjean was disqualified from the results for running an illegal floor, giving Renault a 10-point lead.

Asked if the Spec B will be enough to defeat Haas, which has beaten Renault on-track at the last three grands prix and has an upgraded Ferrari engine, Sainz said he hoped Renault’s chassis developments would help.

Renault will bring upgraded bargeboards and turning vanes to the next race in Singapore next weekend.

“We're obviously stuck with this type of engine until the end of the year.