McLaren Formula 1 driver Carlos Sainz has explained why his “Smooth Operator” messages from the 1984 song by Sade became a recurring joke in 2019. 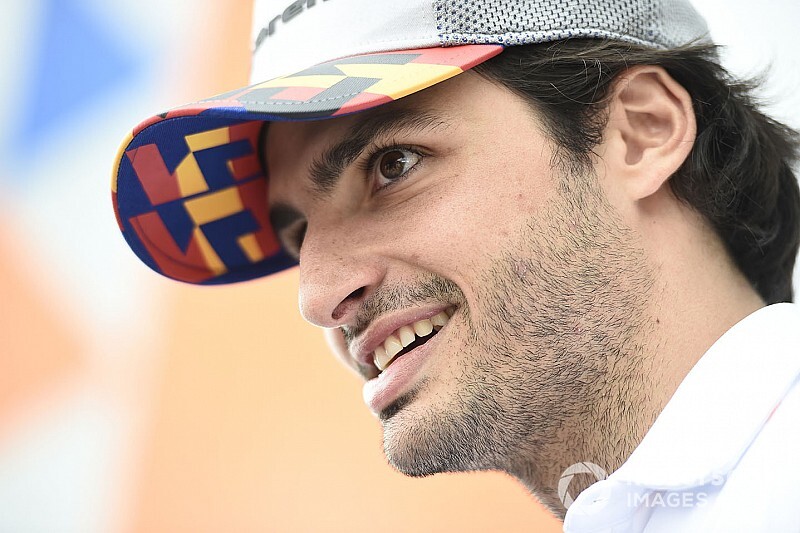 Sainz took the second of his four top-five finishes in Formula 1 in Hungary, where following an exchange with his radio engineer, he said, ‘Thomas, you know what that was,’ before singing the song.

As a consequence, the song was persistently linked to him, with social media messages and YouTube videos dedicated to the combination.

Sainz repeated his rendition of the song after taking fourth in the Brazilian Grand Prix, which later became third after Lewis Hamiton’s penalty for hitting Alex Albon late in the race.

When asked where it came from, he said: “Just a song that kept coming up on the radio of the car [during] the British Grand Prix [weekend].

“I just started hearing it on the radio. And apparently it is quite a bit famous song."

“And then I realised, well, maybe I can attribute myself that and start creating a bit of a joke around me.

“But uh, I didn't sing it because I considered myself a smooth operator, because I didn't know what a Smooth Operator was.”

Sainz and his teammate Lando Norris have become well-known for having fun off the track in 2019, and both have built up a strong social media following - which Formula 1 has fed off in an attempt to attract younger and new audiences.

Norris has had a number of memorable radio exchanges this year, including at the Abu Dhabi Grand Prix where he mocked his engineer for crying during his last race with the team. He also joked he would be terminally ill if he ate sushi in Japan following the Russian Grand Prix.

Sainz said he had even looked at YouTube comments regarding his ‘smooth operator’ tag.

“Yeah, very funny that,” he said. “I went through them, and there are some really funny comments, like this comments "we are here because of Carlos" and you see 1000 likes.”

2019 tech verdict: Renault reaches ahead, but falls back